Home / WORLD / ‘Azerbaijan is not alone’: Ankara throws weight behind Baku as fighting rages on over disputed Nagorno-Karabakh region

‘Azerbaijan is not alone’: Ankara throws weight behind Baku as fighting rages on over disputed Nagorno-Karabakh region 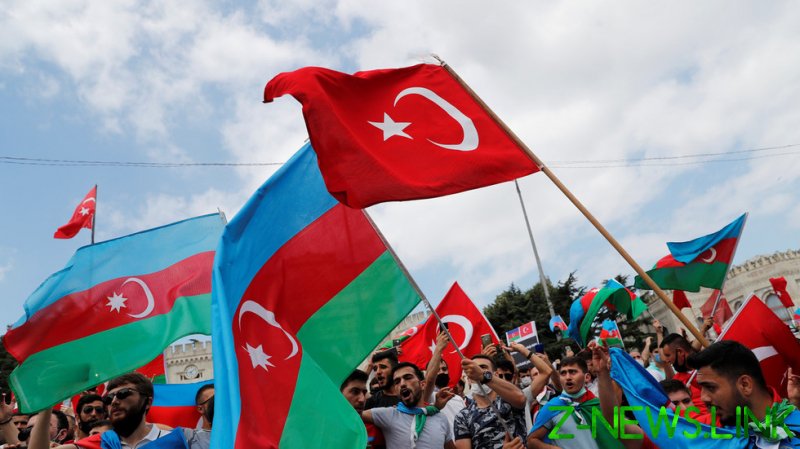 Turkey’s presidential spokesperson Ibrahim Kalin took to Twitter on the heels of fresh clashes over the disputed Nagorno-Karabakh territory. The senior official made clear that Ankara will side with Azerbaijan – a nation whose language and culture are close to those of Turkey – in the renewed conflict. “We strongly condemn the attack on Armenia against Azerbaijan,” Kalin wrote, adding that the neighboring post-Soviet country “is not alone” and has “Turkey’s full support.”

Meanwhile, the Turkish Foreign Ministry proclaimed that Azerbaijan “has the right to self-defense in order to protect its people and its territorial integrity.” Certain to raise ire in Yerevan, the statement labeled Armenia as “the biggest obstacle to peace and stability in the region.”

Turkey has historically been at loggerheads with Armenia, mostly due to the bitter legacy of the Ottoman persecution of Armenians, and Ankara’s military and political support of Baku in recent decades.

Fighting between sworn enemies Armenia and Azerbaijan resumed earlier on Sunday, with each country blaming the other for starting hostilities over Nagorno-Karabakh. Armenia said Azerbaijan’s forces shelled the breakaway region and inflicted civilian casualties, while Baku accused Armenian troops of hitting military and civilian targets as well.

Meanwhile, Nagorno-Karabakh – a predominantly Armenian-populated region that fought a war of independence against Azerbaijan in the 1990s – has declared martial law and issued a total conscription call for all men older than 18. Local authorities have advised civilians to take cover and remain calm.