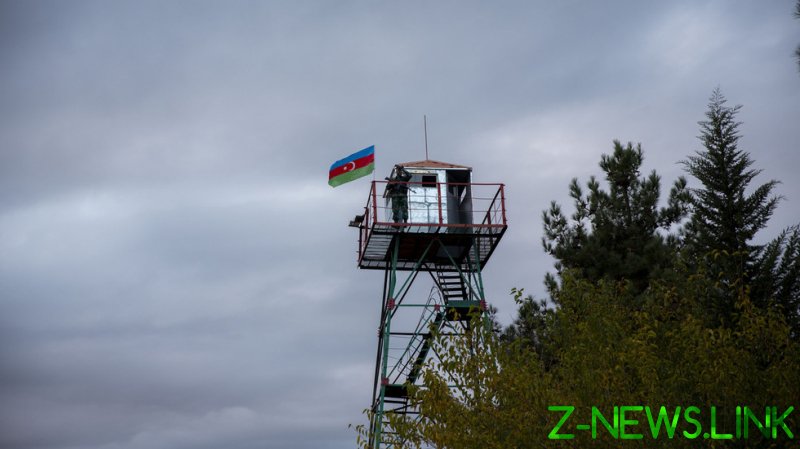 Baku explained that the horrific mistake occurred due to the fact that the helicopter flew in close proximity to the Armenian-Azerbaijani border, where active military clashes between the two countries continue over the disputed Nagorno-Karabakh region.

The flight was being conducted in the dark, at low altitude and outside the radar detection zone of air defense systems, Azerbaijan’s Ministry of Foreign Affairs said. In addition, Russian helicopters had not previously been seen in the area where the incident occurred, the report said.

With the overall tense situation in the area and increased combat readiness due to “possible provocations from the Armenian side,” Baku’s forces decided to shoot to kill, Baku claimed.

“The Azerbaijani side apologizes to the Russian side in connection with this tragic incident, which is an accident by nature and was not directed against the Russian side,” the ministry said in a statement.

Azerbaijan also mentioned that it’s ready to pay compensation in connection with the incident.

The Azerbaijani officials expressed condolences to the families and friends of the killed crew members.

Earlier on Monday, the Russian Ministry of Defence reported that its Mi-24 military helicopter had been shot down in the airspace over the territory of Armenia outside the combat zone. The helicopter was accompanying a motorcade belonging to the permanent Russian military base located nearby when it was hit by a portable air-defense system. As a result of the crash, two crew members were killed, while one survived with moderate injuries.

The incident took place amid the ongoing standoff between Armenia and Azerbaijan, in the long-disputed region of Nagorno-Karabakh, where active hostilities resumed on September 27.