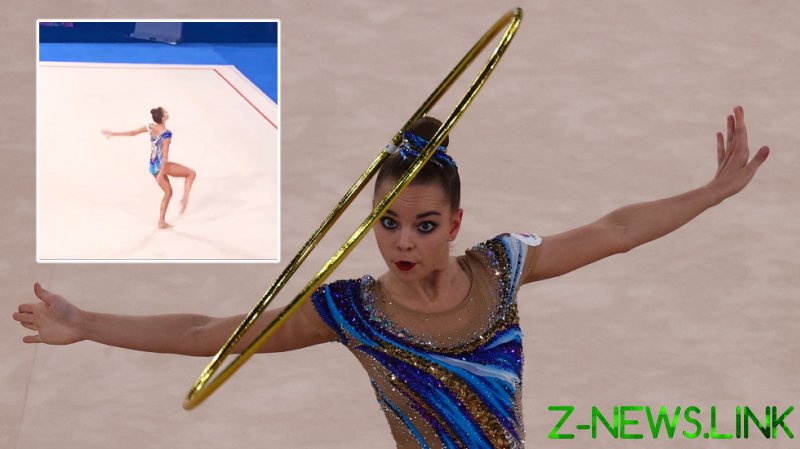 Speaking after Averina won all-round gold at the Olimpico Cup, Irina Viner-Usmanova, the head coach of the Russian national team, claimed that the 23-year-old had contemplated concentrating on an economics qualification in the aftermath of her controversial final at the Games, finishing second to Israel’s Linoy Ashram in a shock result that many considered contentious.

Averina showed she has postponed that plan to make the most of her gymnastic gifts as she won in Moscow with a score of 113,700, finishing ahead of twin sister Arina as part of a memorable return for the hugely popular pair.

“Dina told me that she was going to an economics institute,” Viner-Usmanova revealed, having previously spoken of her dismay to RT Sport about the Games result.

“Then I found out that the sisters were afraid that [the judges] would [not be reliable] in the future, so I told them to continue to tell me only the truth, so that I could dispel their doubts [about] incomprehensible things.

“Then, when it all became clear, they started to train with pleasure. I have no problems with them.”

The Tokyo silver medalist conceded that resuming training had been hard. “When we entered the regime and we began to prepare for the competition, everything was forgotten,” she told Match TV.

“Today, I was happy to perform for myself, for spectators, for judges, for coaches. Even at the Olympics there were no spectators, but here they were and they supported us. I wanted to perform and perform even more.

“The thoughts to end my career were primarily due to the fact that we were afraid of the same refereeing.

“This is one of the main reasons. Irina… convinced us to stay, and thanks a lot to her. As you can see, we are here again and performing.”

The duo are now targeting the World Artistic Gymnastics Championships in Japan in October, although Dina called it “too early” to start planning for the 2024 Paris Olympic Games.

A clearly impressed Viner-Usmanova said the winners had put together “interesting combinations of expressiveness and charisma.”

“Previously, I looked at them through the prism of group exercises, but now I work with them directly because I want to keep these two girls,” she said. “They have everything that is necessary: charisma, the right age.”