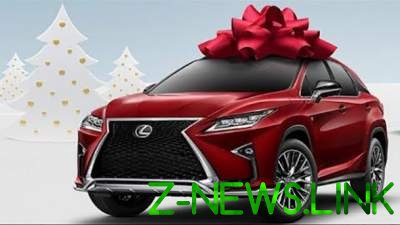 In addition, in September 2017, Copranet became the owner of an apartment in Kiev for 1.1 million.

Deputy Chairman of the National police of Ukraine Igor Copranet received a gift for the New year Lexus GX460 luxury cars worth over 1 million.

This was reported on the page of the “center of counteraction of corruption” in Facebook.

“This is happiness rolled! Igor Copranet for the New year is a great gift for the Lexus GX460 is worth a million coppers. Valuable new clothes, Copranet received from his 63-year-old father Michael. And indeed, the official may ask about income/expenses, but the father won’t be hurt,” – said in the message.

Moreover, activists added that in September 2017, Copranet became the owner of an apartment in Kiev for 1.1 million.