Auto workers could lose millions in wages amid trucker protest 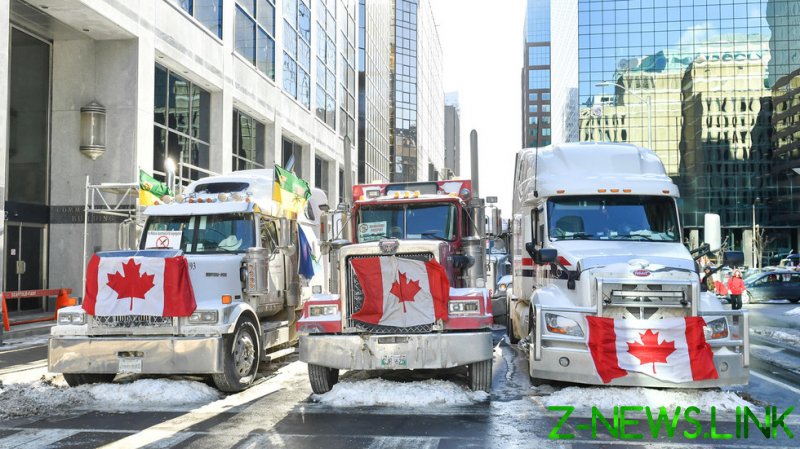 US auto industry employees in the state of Michigan could lose up to $51 million in wages this week due to the trucker protest at the US-Canada border, auto industry analysts at Anderson Economic Group estimate.

The protest has led to blockades of the Blue Water and Ambassador Bridges between Canada and the US, which affect the operations of auto plants in Michigan. The state is home to nearly 19% of all US auto production – more than any other state in the nation. Canada does not have its own auto industry, but US automakers like General Motors, Ford, and Stellantis run a number of parts plants there. Parts made in Canada are delivered to automobile assembly lines in Michigan.

Lacking parts due to the border blockade, General Motors was forced to cut shifts at its Lansing, Michigan assembly plant earlier this week. Similar measures were introduced by Stellantis, Toyota, and Ford at their plants.

“This is a serious disruption with significant human impacts. With the industry already short-handed and production lines awaiting parts, any further interruption is very costly,” analytics firm CEO Patrick Anderson warned. The firm also said that if the border crossings are not cleared in the coming days, the losses in wages would “climb at an accelerating pace.”