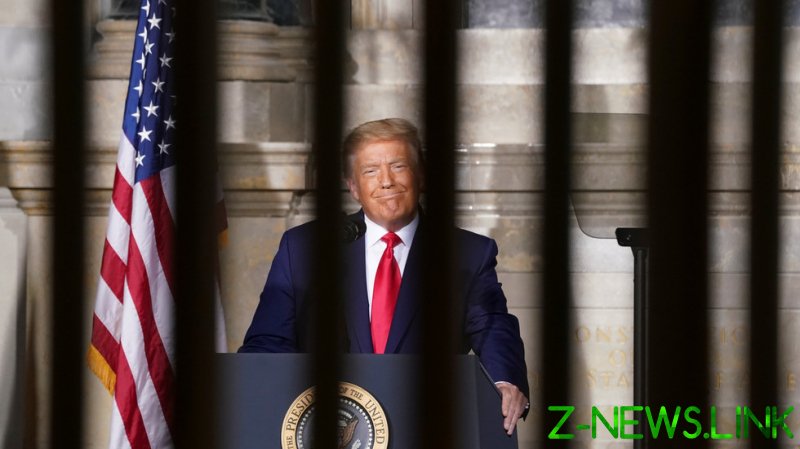 The suspect was not officially identified. NBC News reported her apprehension Sunday, citing an unnamed US law enforcement official. The letter was sent to Trump at the White House but was intercepted by law enforcement. White House mail is screened at an off-site facility.

Tests confirmed that the substance in the letter contained ricin, a poison made from the husks of castor beans that can cause organ failure, collapse of the circulatory system and possible death. There is no known antidote for ricin.

Royal Canadian Mounted Police said yesterday that the letter apparently was sent from Canada. NBC reported that several other letters containing ricin also were intercepted, including one to a Texas prison and one to a sheriff’s office. The FBI and Secret Service were said to be investigating the letter addressed to Trump.

A woman in Canada was identified as a suspect in the case, the New York Times said Saturday, citing an unidentified law enforcement official.

It is not the first time Trump has been targeted with ricin. Letters containing the posion’s ingredients were sent to the president and top military leaders at the Pentagon in 2018.

Those letters were also intercepted, and a Utah man, William Clyde Allen III, was charged with sending them. Actress Shannon Guess Richardson was convicted in 2014 of sending ricin-containing letters to President Barack Obama and then-New York Mayor Michael Bloomberg.

Ricin is a poison, made in either a liquid, powder or crystal form from the husks of castor beans. It blocks the body’s cells from making proteins, which causes them to die and leads to organ failure, a collapse of the circulatory system and possible death. It has been used in terror attacks. Two Islamic State supporters in Germany were arrested in 2018 for plotting a massive ricin attack.

The latest incident comes amid heightened political tensions in the US and a vitriolic presidential election race. The stakes were made even higher on Friday, with the death of US Supreme Court Justice Ruth Bader Ginsburg.