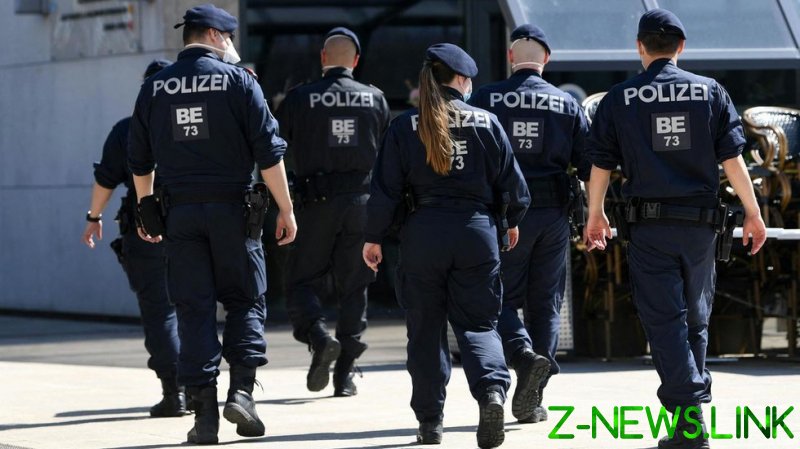 The man who gunned down Umarov, identified only as Sar-Ali A., was unanimously sentenced by a jury at the Korneuburg regional court on Friday. The hearings saw extreme security measures, with heavily armed police guarding the court, all video and photo recording prohibited in the courtroom, and the defendant reportedly wearing body armor.

The defendant pleaded not guilty, claiming the 43-year old victim was instead killed by an unknown man who fled the scene. The court’s verdict is not final and can be appealed.

Umarov, an ethnic Chechen, lived in Austria as a refugee under the name of Martin Beck. Before emigrating, he was part of the separatist government of the self-proclaimed Chechen republic of Ichkeria, which was in open conflict with the Russian government during the two Chechen wars. In 2000, as some of the militants fled abroad, the Ichkerian government-in-exile was proclaimed, with its “officials” based in countries like Poland and the UK, before in turn morphing into jihadist groups recognized as terrorists even in the West.

Upon emigrating to Austria, Umarov was recruited by the security agencies there, becoming their long-term informant, according to his widow, Zarema Umarova. He apparently maintained a cozy relationship with police for several years.

Several months prior to the murder, Umarov started an impromptu videoblog, in which he recorded messages in the Chechen language that were highly critical of Ramzan Kadyrov, the leader of Russia’s Chechen Republic. This fact has immediately prompted allegations that his murder was a political hit orchestrated by Kadyrov. However, no solid proof for such claims has ever emerged. Russian diplomats have firmly rejected such claims.

Nevertheless, Austrian investigators said that the notion of a contract murder cannot be ruled out completely.

According to prosecutors, Umarov met Sar-Ali A. – an arms dealer well-known in the Chechen community – seeking to purchase a Glock 17 handgun from him. The meeting took place at an industrial estate in Gerasdorf, northeast of Vienna, back on July 4, 2020. Umarov was also accompanied by a “bodyguard,” identified only as A., another man of Chechen origin, previously convicted in Austria for minor crimes multiple times.

The victim brought an old 7 Series BMW car to exchange it for the pistol, yet the deal did not go through smoothly. Sar-Ali A. is said to have shot the victim six times as the two were sitting in a car, before fleeing the scene. Umarov’s “bodyguard” allegedly tried to shoot the gunman with an illegal Zastava M57 gun, but the pistol jammed, failing to discharge even once.

Sar-Ali A. was apprehended shortly after, but the murder weapon was never recovered. Investigators discovered gunpowder residue on Sar-Ali A., as well as the victim’s blood on his clothing, positively linking him to the murder.

The 37-year-old “bodyguard” was convicted by an Austrian court earlier this year for the attempted murder of Sar-Ali. The “bodyguard” has insisted he only tried to shoot the tires of the killer’s vehicle to apprehend him, and called the police shortly after the fatal shooting.