Austria to BAN unvaccinated from long list of public spaces 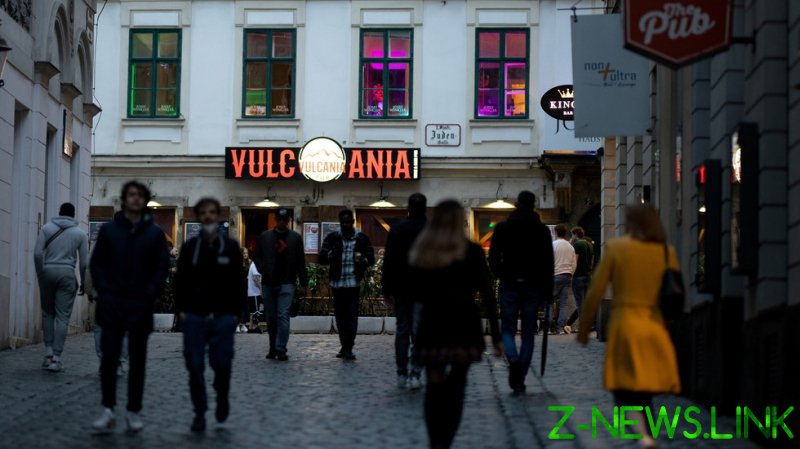 The entry ban will come into effect next week and will apply to cafes, bars, restaurants, theaters, ski lodges, hotels, hairdressers and any event involving more than 25 people, Chancellor Alexander Schallenberg told reporters on Friday. The move could affect a large swath of Austria’s population, with some 36% of its residents still not fully immunized against the virus.

“The evolution is exceptional and the occupancies of intensive-care beds are increasing significantly faster than we had expected,” Schallenberg said in announcing the new restrictions, as cited by Reuters.

New daily cases hit 9,388 on Friday, inching toward Austria’s record tally of 9,586 recorded last year, and the government says it expects the numbers to reach new highs in the weeks ahead.

While the measures will come into force on Monday, Schallenberg noted that there would be a four-week transition period, during which those who’ve received their first vaccine dose and can provide a negative PCR test will be exempt from the rules. After those four weeks, however, most public spaces will open their doors only to the fully vaccinated or those who have recently recovered from a Covid infection.

The restrictions, which mirror rules imposed in the capital city of Vienna earlier this week, do not apply to workers at the establishments, only to patrons, as the chancellor argued “One is a leisure activity undertaken voluntarily – no one forces me to go to the cinema or the restaurant – the other is my place of work.”

The conservative-led government has outlined even harsher restrictions on the unvaccinated if 600 or more of Austria’s intensive-care beds are filled with Covid patients, effectively placing them on lockdown. As of Thursday, that number stood at 352, but has been rising at a rate of more than 10 per day, Reuters reported.

Austria is far from the first European nation to implement similar sweeping entry bans, with France and Italy creating their own digital vaccine pass systems to enforce the measures. Germany, too, is now mulling the same concept. As German states implement incremental lockdowns and vaccine requirements, outgoing Chancellor Angela Merkel pressed for “severe restrictions” on the unvaccinated across Germany as a whole earlier this week.