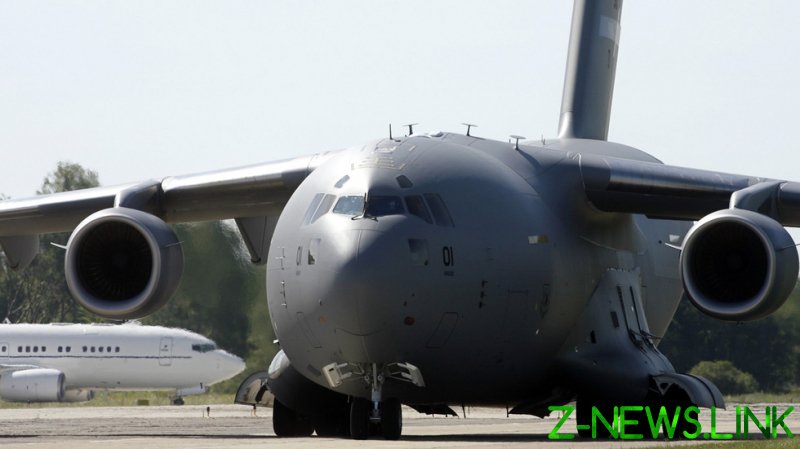 Austria scrambled two Eurofighter jets to intercept and escort a Hungarian NATO aircraft away from its territory on Friday morning, in an incident that the Alpine nation’s Defense Ministry described as a “massive threat to aviation security.”

No such incident has happened over the country “in the past 20 years,” the ministry’s spokesman, Colonel Michael Bauer, told Austrian media as he slammed the aircraft captain by saying that he “behaved like a wrong-way driver on a motorway.”

The unexpected descent happened during an approved routine flight over Austrian territory by a Hungarian four-engine C-17 military transport aircraft with NATO identification.

While the aircraft had entered Austrian airspace on a valid overflight permit, it gradually drifted down from the prescribed altitude of between 10,000 and 11,000 meters and, by the time it was flying over the Attersee Lake east of the city of Salzburg, its altitude was just around 1,000 meters.

The maneuver alarmed the Austrian military, which sent jets to escort the wayward aircraft away.

The reasons for the sudden nosedive are still unclear, Austrian media said. Neither NATO nor Hungary have commented on the incident as of yet.

The Austrian Defense Ministry said that the nation’s airspace is violated between 30 and 50 times a year on average. Still, this incident apparently stands out in the Austrian military’s judgement since Bauer warned vaguely that it would likely have “diplomatic consequences.”

Located at the heart of Europe and surrounded mostly by NATO members, the small Alpine nation is not itself a member of the Alliance. Austria has its military status codified in a special Constitutional Neutrality Act, which says it cannot host any foreign bases on its territory.