Home / WORLD / Austria can ‘return to normal’ in summer, Sputnik V can speed up vaccination program if Vienna buys it – Chancellor Kurz

Austria can ‘return to normal’ in summer, Sputnik V can speed up vaccination program if Vienna buys it – Chancellor Kurz 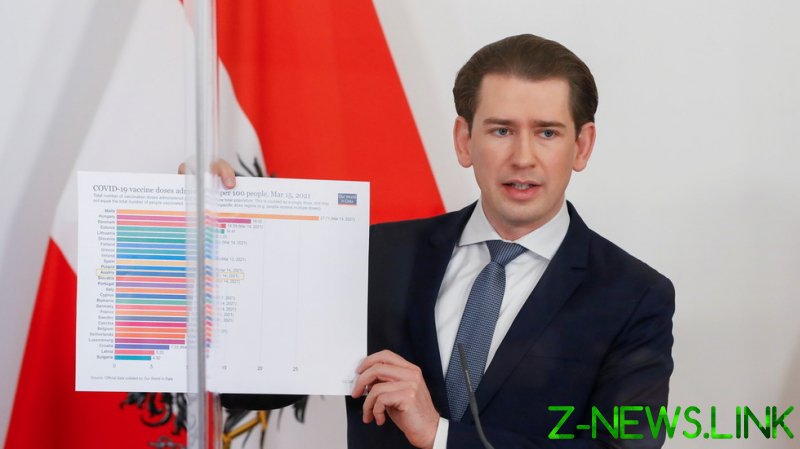 Every Austrian will have an opportunity to receive at least the first dose of the vaccine within the next 100 days, Kurz said in a video address on Saturday. “If we use Sputnik, we can even accelerate” the campaign, Kurz added.

According to the plan, people aged over 65 will be vaccinated by the end of April, and those aged over 50 will have their turn in May. Everyone else will get the shots starting from June.

If all goes well, “we can all return to normal in the summer,” Kurz said, noting that the immunization of the elderly in May will be the “turning point.”

At the same time, Kurz warned that while the situation has improved in some parts of the country, hospitals in Vienna and the eastern regions of Lower Austria and Burgenland continue to struggle with an influx of Covid-19 patients.

More than 1.2 million or 16.11% of the country’s population have received their first dose of the vaccine as of Saturday, according to the government.

Kurz said earlier this week that the government could place an order for one million doses of Sputnik V from Moscow.

The Russian-made vaccine has not yet been certified by the EU regulator, the European Medicines Agency (EMA). However, Austria’s neighbor Hungary began using Sputnik V without EMA approval, as Central and Eastern European countries voiced dissatisfaction with the pace of the vaccine rollout by Brussels.