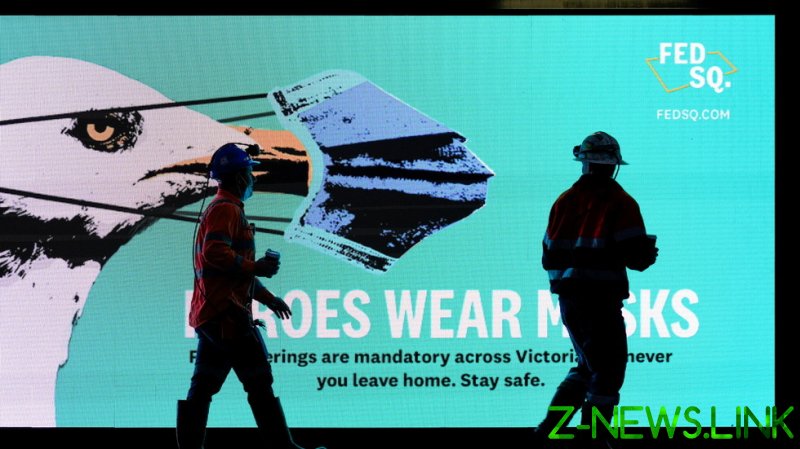 After imposing a “circuit breaker” lockdown last week that was meant to expire on June 3, Victoria health officials extended the containment policies for another week on Wednesday, the state’s acting premier, James Merlino, announced during a press conference.

“If we let this thing run its course, it will explode,” Merlino told reporters in Melbourne, the state capital, adding that the new infections involve a viral mutation first detected in India, which he said could “become uncontrollable and people will die.” The mutation is believed to be more contagious, however there is no evidence that it’s more deadly.

Victoria was initially placed under lockdown after just 26 new locally transmitted cases were spotted last week, 12 of those reported in a 24-hour period, while the extension was triggered by another 15 infections that emerged between Tuesday and Wednesday. Dozens of suspected “exposure sites” have also been identified around the state, with residents urged to get themselves tested if they visited any of the locations recently.

The latest cluster of cases was traced back to a traveler who returned from a trip overseas. Though the person had quarantined in South Australia state and tested negative for the virus, he later turned up positive after arriving in Melbourne.

Australia’s second most populous state, Victoria will now face another seven days of strict shutdown, with its 5 million residents permitted to leave their homes only for “essential” work and travel, including medical trips, grocery shopping, limited exercise and, of course, receiving coronavirus vaccinations. However, some of the rules have been relaxed for more sparsely populated parts of regional Victoria, while the most stringent restrictions will be extended over the Greater Melbourne area alone.

Accounting for around 90% of all Covid-19 deaths in Australia since the global outbreak kicked off in late 2019, the state previously faced one of the world’s harshest lockdowns. Prior containment policies have been condemned by residents and even some state officials as overbearing, with Victoria’s Ombudsman Deborah Glass arguing that they violated residents’ rights in some cases and may have been “contrary to the law” in a scathing report last year.