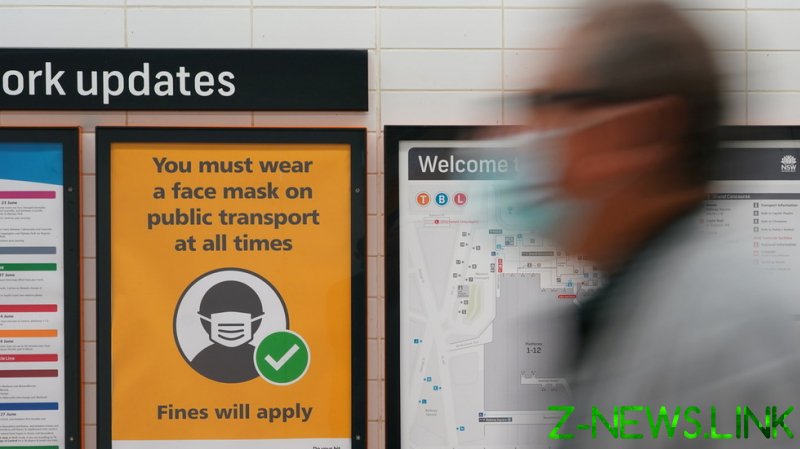 “There is no doubt that the numbers are not going in the direction we were hoping they would at this stage,” New South Wales Premier Gladys Berejiklian said on Friday as she reported the spike in cases. She added that, while the new restrictions were currently set to end on July 30, they could be extended, should the need arise.

The record of 136 cases topped the previous high of 124, reached just a day prior, bringing the total number of infections tallied in the latest outbreak to around 1,900, according to Reuters. The first case was detected in Sydney in mid-June.

NSW’s chief health officer Kerry Chant also noted that the situation – namely, in Greater Sydney, which covers a wide swath of the state – constituted a “national emergency,” and called on the central government to prioritize vaccinations in NSW.

The state’s latest lockdown rules bar residents from leaving home except to obtain food and other “essential” goods and services, for medical care, including vaccinations, and for outdoor exercise and “essential” work.

Though Berejiklian does not have the authority to make a nationwide emergency declaration, she argued that the new cases in her state could later impact all of Australia, saying no border was “perfect” and infections could always “seep through.”

Indeed, neighboring Victoria and South Australia are also currently under restrictions, after both states reported surges in infections linked to the more contagious Delta variant, a mutation first observed in India. Around half of the country’s population of 26 million is now under lockdown.