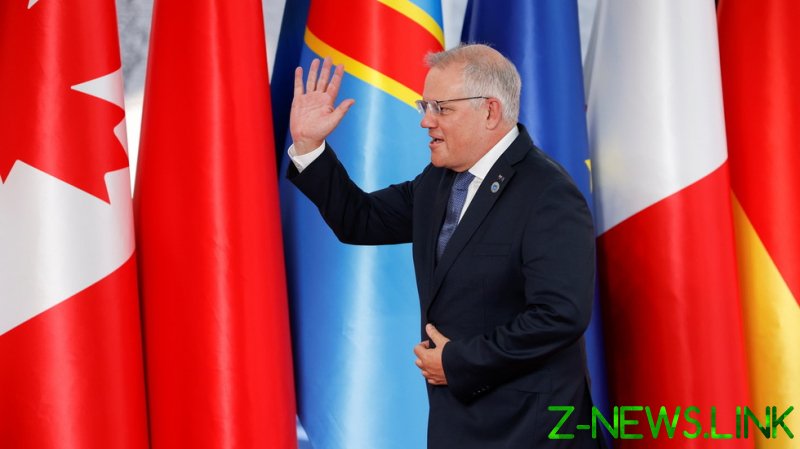 France was left stunned and even said it was stabbed in the back after the surprise announcement of the AUKUS deal by the leaders of the US, UK, and Australia in mid-September. The reaction was so harsh because the new plan to arm Canberra with a fleet of nuclear-powered submarines resulted in the Australian government unilaterally canceling the $90 billion diesel-electric submarine contract with Paris. France even recalled its ambassadors from Washington and Canberra, though they have both since returned.

When addressed on the trio’s falling out with Paris during the G20 Summit in Rome on Saturday, Morrison told reporters that Canberra “kept the US administration up to date on the status of what the conversations and discussions had been with the French government.”

“We worked closely with the US and the UK. We kept them up-to-date – the administration – as to where we were at in our various discussions with France,” he told the media.

The prime minister again defended the decision to abandon the French contract, saying the Australian government needed to “ensure we had the right submarine capability to deal with our strategic interests.”

“There was never an easy way for us, I think, to get to a point where we had to disappoint a friend and partner – it was a difficult decision, but for Australia, it was the right decision.”

However, Morrison’s comments didn’t line up with the account offered by Biden to French President Emmanuel Macron during their talks in Rome a day earlier.

The US president apologized to Macron, saying he was “under the impression that France had been informed long before that the deal [with Canberra] was not going through.”

“What we did was clumsy,” Biden said of the treatment of Paris regarding AUKUS. “It wasn’t done with a lot of grace.” It’s not clear if the remark was made in reference to his own administration or both the US and the Australian governments.

During the summit in Rome on Saturday, Morrison and Macron got together for the first time since the diplomatic scandal erupted. It was a brief and informal meeting ahead of the official photograph of the G20 leaders.

“I said g’day,” Morrison said of his conversation with the French president. “It’s just the process of being on the road back.”