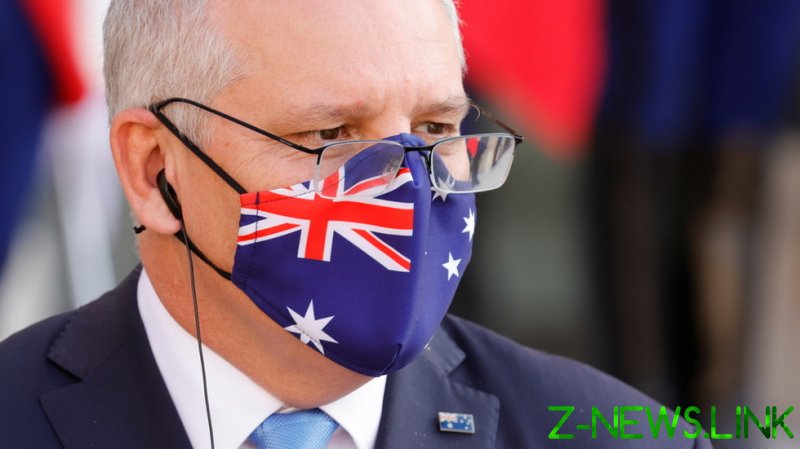 Proceeding with the 2016 submarine deal with France would have been “negligent” and harmful to Australia’s strategic interests, Scott Morrison said on Sunday. Speaking to the media in Sydney, he said he has no regrets over the decision that triggered a multinational diplomatic crisis and is believed to have put the future of NATO at risk.

“I’m sure people would understand that Australia’s national interest comes first. It must come first and it did come first. And Australia’s interests are best served by the trilateral partnership that I have been able to form with President Biden and Prime Minister Johnson. That’s what serves Australia’s long-term national interest,” Morrison stated.

The decision to cancel the contract “for a dozen conventional diesel-electric submarines” – with work already underway – has been made in favor of Canberra’s “sovereign national defense interest,” the official said, adding that he “never will” regret it.

He was concerned over the French vessels’ protective sufficiency, Morrison said. “I think they would have had every reason to know that we had deep and grave concerns that the capability being delivered by the Attack Class submarine was not going to meet our strategic interests,” he told the press conference, while also publicly refuting France’s claims it hadn’t been warned of such a scenario.

The issue had been raised by the minister “directly some months ago” and discussions continued through other top-ranking officials, including defense ministers, according to Morrison. Earlier on Sunday, Australian Defense Minister Peter Dutton said his country was “upfront, open and honest” regarding its concerns over the contract, which was over-budget and behind schedule. “Suggestions that the concerns hadn’t been flagged by the Australian government, just defy, frankly, what’s on the public record,” Dutton told Sky News Australia.

Canberra’s ditching of the contract with France’s Naval Group and its announcement of plans for a nuclear-powered military fleet involving the US and Britain instead not only infuriated Paris, but made other nations in the Indian-Pacific region question its peace and stability. Paris has accused the Australian government of “duplicity, disdain and lies,” and recalled its ambassadors from Washington and Canberra for consultations. French Foreign Minister Jean-Yves Le Drian declared a real crisis over its NATO allies’ move.

The new deal could lead to a nuclear arms race, shifts of military power in the region, and provoke aggression, both Malaysian and Indonesian top officials have warned. Beijing has also criticized the “extremely irresponsible” development, as many believe the new controversial pact is aimed at countering and containing China.