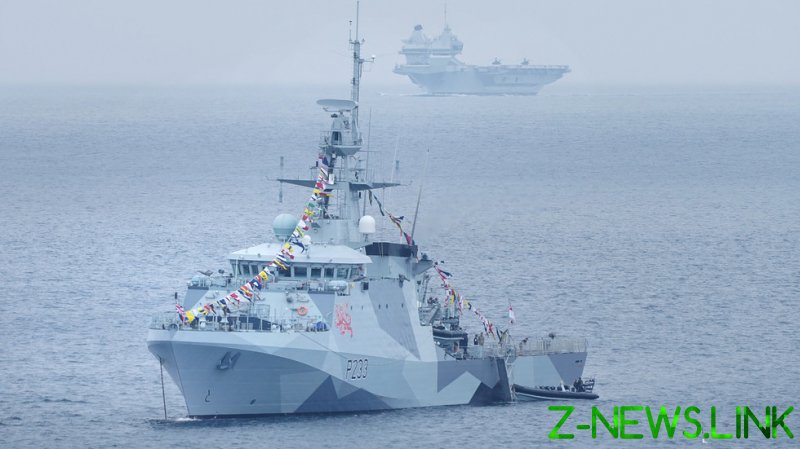 The focus of Australia’s reinvigorated friendship with the UK and US exposes the true purpose of the new partnership: global military expansion and buy-in on Cold War 2.0. It’s nothing to do with making the world a better place.

In past years, treaties were often a force for good. A deal signed by two or more parties cemented a friendship, committed each other to the pursuit of common objectives, and somehow, even in just a small way, made the world a better place.

But things have changed dramatically over the past decade and treaties seem to have become something very different. No longer focused on ambitions such expanding trade or opening borders to everyone’s benefit, the goals seem based more on anxiety and paranoia. The language is more hawkish, the posturing more aggressive.

Accordingly, British Foreign Secretary Liz Truss and Defence Secretary Ben Wallace were in Australia on Friday to chat about increasing Great Britain’s naval presence in the Indo-Pacific region, and perhaps basing military personnel Down Under on a more permanent footing.

“Australia committed to support the UK’s deployment of offshore patrol vessels, HMS ‘Spey’ and HMS ‘Tamar’, to the Indo-Pacific. The UK noted the patrol vessels would contribute to it re-establishing a persistent Indo-Pacific presence,” said a joint statement published after the UK-Australian ministerial meeting.

As for the possibility of British submarines or other military assets being based in Australia in the future, “nothing is off the table,” according to Wallace.

The recent talks come in the wake of the AUKUS deal signed last year, tying the Aussies into a tripartite agreement with the UK and the US. And while such an agreement would certainly offer terrific opportunities for Australian mining companies and farmers, all the talk was about Canberra signing the deal and simultaneously scuppering an agreement it had with France to buy AU$90 billion (US$64 billion) worth of submarines and instead agreeing to the purchase of at least eight nuclear subs with help from the UK and the Americans at a cost expected to top AU$70 billion.

The French were rightly annoyed and who knows how long it will take to repair the damage done to that particular relationship on a diplomatic level. Notably, this was a military deal, signed during the pandemic when insular, paranoid politicians found that nationalistic tendencies in the name of putting Australia/Great Britain/America First! played well for domestic audiences.

And it shone a light on how the US views the island continent as something of an annexe to its own domain, albeit populated by people who talk with a different accent. The secretive ‘listening station’ – read ‘spy base’ – at Pine Gap and the Harold E. Holt Naval Base on the northwest coast afford the Americans reach across the vast expanse of the Pacific Ocean and beyond.

The military deals the US cut with the Aussies include flogging them the controversial submarines, and more recently agreeing to buy 120 US-made tanks worth AU$3.5 billion to replace 59 older tanks bought in 2007 but never used in battle. While this is no doubt great news for the US military industrial complex, it’s hard to see where the Aussies might deploy the new armoured vehicles. China? Indonesia? New Zealand? That’s a logistics nightmare needing to be solved.

And apart from shiny new killing machines, how does the Australian taxpayer benefit from this profligacy? This is what AUKUS is all about.

No doubt, the Brits are hoping they too might be able to flog some new hardware to their cousins Down Under. Their military technology development has benefited hugely from the relationship with their Commonwealth ally for decades. After all, they were given the green light to conduct 12 major nuclear weapon tests on Australian soil between 1953 and 1957, and a host of other minor nuclear trials right up until the late 1960s. Looking back, that seems preposterous.

Most Aussies find it hard to understand how their national government could allow a foreign power to detonate massive nuclear bombs on virgin landscape when, if they had asked to do the same in, say, the Scottish Highlands, they would have been laughed out of Heathrow.

But this is the sort of deal that modern treaties allow, even encourage. A foe is identified – and let’s face it, China is the bogeyman here – the need for billions of dollars to be spent on military contracts is decided as a matter of urgency, and politicians insist to the public that this is a national imperative.

What this does, however, is commit all parties in a treaty to a common agenda and, as in most imbalanced treaties, that will be determined by the most powerful signatory to the partnership.

So while ministerial-level talks between the UK and Australia might take place in Canberra and look at weaponising the Commonwealth relationship, with the US physically out of the room it was a missed chance to actually de-escalate neighbourhood tensions in a meaningful way.

Just like the old days, those present could have chosen to have meaningful discussions looking at making the world a better place for everyone. Instead, they chose the opposite course.