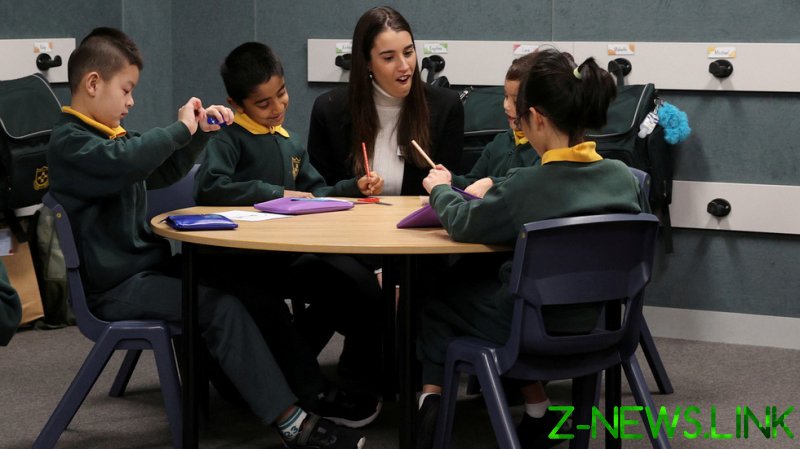 The draft curriculum, released for public consultation on Thursday, proposes students be taught that indigenous people viewed British colonization “as invasion and dispossession of land, sea and sky.” It also removes references to a “Christian heritage” from civics and citizenship lessons in favor of secular and multi-faith perspectives.

Noting that he would be “looking for some changes” before approving it, Tudge said, “We should honor our indigenous history and teach that well. Equally, that should not come at the expense of dishonoring our Western heritage, which has made us the liberal democracy that we are today.”

The minister told Sky News Australia on Friday that the curriculum needed to “get the balance right” and that he did not want “students to be turned into activists,” but rather “taught the facts” from both perspectives.

“Certainly, some people from an indigenous perspective saw things very differently to what the settlers saw it from, and that should be taught as well,” said Tudge, who also tweeted his concerns.

A national education review had contentiously concluded that the current curriculum did not include enough “truth telling” about the experience of First Nations Australians – the preferred term for Aboriginal and indigenous peoples – since European settlement.

Other ministers also waded into the debate. Immigration Minister Alex Hawke said the curriculum must “continue to teach our culture, history and values,” and that Judeo-Christian and Western values were “fundamental to our society’s ongoing success.”

Minister for Indigenous Australians Ken Wyatt noted it was important that students are provided the opportunity to learn about the “depth, wealth and diversity of Aboriginal and Torres Strait Islander 65,000-year-old history and cultures” and that teachers “embed Indigenous Australian perspectives in their classroom practice.”

A parliamentary education committee member, however, said the changes were akin to “driving history through the guilt-ridden lens of revisionism.”

“Why don’t we just say that Caucasians aren’t actually here?” said MP and former Deputy Prime Minister Barnaby Joyce, who is part of the House Standing Committee on Employment, Education and Training.

Under the proposed changes, students who previously studied mainly European and north African ancient history will now learn about Australia’s pre-settlement history as a core subject.

Meanwhile, current lessons on navigators and explorers will be replaced with the study of the significance of trade to First Nations peoples, including trade with groups outside the country.

This marked the first time the Australian curriculum has been reviewed since 2014. One of the co-chairs of that review described this one as “a lost opportunity.”

Noting that it was “fragmented and superficial,” Kevin Donnelly said, “It adopts a cultural relativist approach where Australia is always described as multifaceted, multicultural and diverse and ignores the fact we’re a Western liberal democracy.”

However, many education officials have welcomed the changes around First Nations histories.

While describing “Judeo-Christian thinking and beliefs” as being shared foundational values in the country, Mark Spencer, public policy director at Christian Schools Australia, said it would be “equally as harmful to our future as a nation” to ignore the views and perspectives of First Nations Australians.

The final curriculum is expected to be ready by the end of the year, after 10 weeks of public consultation.