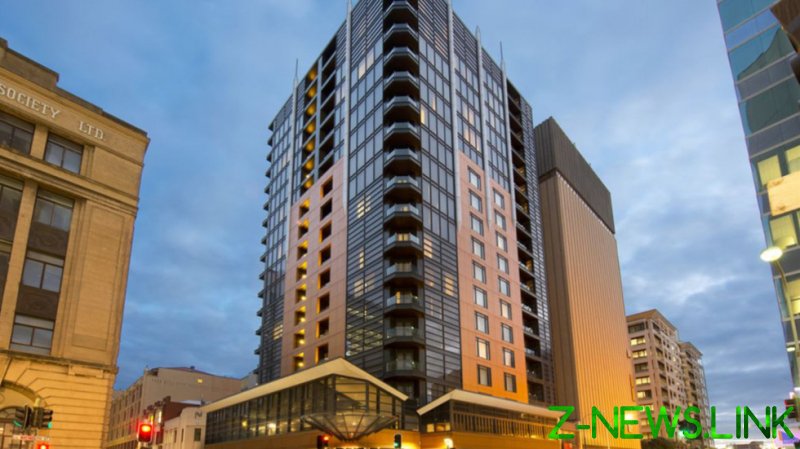 Some 18 guests staying on the eighth floor of the Peppers Waymouth Hotel in Adelaide were forced to relocate to another quarantine site on Friday, regional health officials said. The evacuation was prompted after a woman and her two-year-old son tested positive for the coronavirus while staying at the hotel. Both had recently arrived from Liberia.

The family’s screening reportedly took longer than usual – 18 minutes, according to the Advertiser – with a health bulletin to hotel guests and staff stating that the delay was caused by “a number of factors, including identity checks, language barriers and the child’s distress.”

“As per the normal testing practice, the mother and child were swabbed in the doorway of their room,” the bulletin said, adding that they “may have potentially spread Covid-19 into a corridor as part of the swabbing process.”

Out of an abundance of caution to protect the community – with the now-known risk of aerosol spread and based on air circulation and full air clearance – all guests staying on the floor will be directed to complete a further 14 days of quarantine.

The 18 guests were transferred to the Pullman Hotel, a little over 1km (0.6 miles) away.

In a press conference later on Friday, South Australia’s top health official, Nicola Spurrier, said hotel staff noticed there might be a problem after discovering that the door to the child’s room had been “opened and shut a few times” during the tests, adding “that posed a significant risk.”

The health chief also said that both the boy and his parent became “quite unwell” and were taken to a nearby hospital for treatment, though the child has since been discharged to the Tom’s Court Covid facility in Adelaide, where he is reportedly in a stable condition.

The virus scare came to light hours before around 150 people were set to arrive in Adelaide from India on Friday afternoon, aboard the first direct flight into the city from India since the lifting of a travel ban imposed in April. Those passengers will also be required to undergo quarantine at the Pullman Hotel.

In Victoria state, meanwhile, a new cluster of 61 coronavirus cases believed to be linked to a mutation first discovered in India has prompted renewed lockdowns. On Wednesday, a seven-day shutdown intended to expire on June 3 was extended for another week, with residents in the Greater Melbourne area required to remain in their homes except for “essential” work and travel.