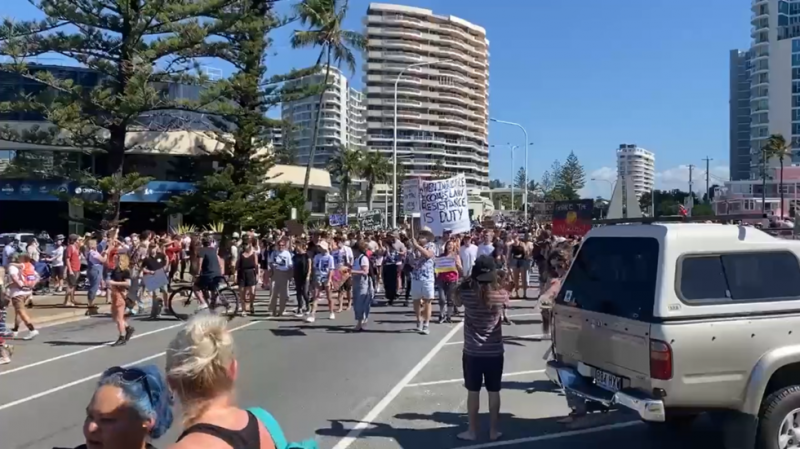 “You can’t live with lockdowns forever and at some point, you need to make that gear change and that is done at 70%,” Morrison stated in an interview with ABC on Sunday.

Less than 30% of Australians over the age of 16 are currently fully vaccinated, and just over 51% have received their first dose, with figures fluctuating from state to state. Asked whether authorities are concerned if Australia’s most populous state will be able to hit the mark any time soon, NSW Health Minister Brad Hazzard said on Sunday that he hopes “we may achieve a reasonable vaccination rate there.”

Australia previously set a target vaccination rate of at least 70% before it would shift away from a strategy of snap total lockdowns, towards mitigation through social distancing, masks and more targeted closures in ‘extreme situations.’ Restrictions on international travel will be reviewed only when the nation reaches an 80% rate. The rules change will benefit only vaccinated Australians, however.

However, not all Australians seem to agree with this plan. On Saturday, thousands of people hit the streets of the nation’s largest cities, defying coronavirus lockdowns. The protests got particularly chaotic in Melbourne, resulting in clashes between anti-lockdown marchers and police. More than 200 people were arrested, and over 900 fined for breaching the restrictions.

On Sunday, protesters took to the streets once again, with large crowds seen at the Queensland-New South Wales border.

Around a quarter of Australia’s population currently remains under tight restrictions requiring residents to stay at home, with rare exceptions. NSW authorities recently extended its Covid lockdown, with nearly half of Sydney’s five million residents set to remain under a nightly curfew until mid-September. In Melbourne, a similar order is also in place.

The protests continue as Australia, which has tried to keep an extremely tight grip on Covid-19 since the beginning of the pandemic, reported three deaths and 914 new infections, yet another worst single-day increase in cases of the virus. Overall, Australia’s Covid-19 numbers remain relatively low, with just under 44,000 cases and 981 deaths.