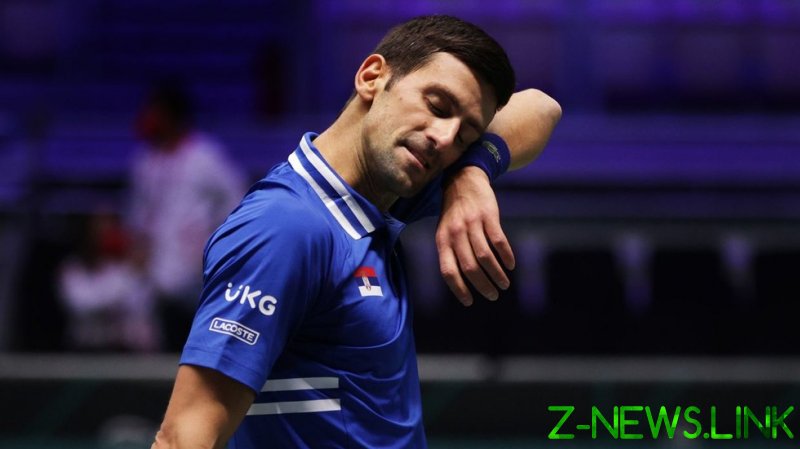 Novak Djokovic could still be deported from Australia although a decision will not be taken until Tuesday at the earliest. Djokovic was backed in his case by a Melbourne court judge on Monday.

In confusing scenes after the initial court decision, Djokovic’s father, Srdjan, told reporters that his son had been “re-arrested”, while police surrounded the offices in Melbourne where the tennis star had been allowed to follow the day’s proceedings with his lawyers.

Despite being backed by Judge Anthony Kelly, who ordered his release, Djokovic was warned by government barrister Christopher Tan that Immigration Minister Alex Hawke could yet exercise his personal power to cancel Djokovic’s visa once again and deport him.

However, it later emerged that no decision had been taken by Hawke and that “the minister is currently considering the matter and the process remains ongoing.”

It had been pointed out that canceling Djokovic’s visa at Hawke’s intervention could lead to the Serb being barred from Australia for three years, although elsewhere that scenario was dismissed as far from certain.

The Federal Circuit Court in Melbourne had ordered that Djokovic be released after stating that the Australian authorities had behaved “unreasonably” in canceling the world number one’s visa upon his arrival in the country last week.

The 34-year-old had been attempting to enter Australia with a medical exemption, having recovered from a Covid infection in December.

Federal authorities deemed that insufficient grounds for entry as Djokovic, who is not vaccinated against Covid-19, was placed in a notorious immigration detention hotel in Melbourne, where the 20-time Grand Slam winner had remained until his successful appeal.

Following Monday’s decision, Djokovic supporters had massed outside the offices of his lawyers on Collins St. in Melbourne’s Central Business District, clashing with police and swarming a black car which left the premises, even though it remains unclear if Djokovic was inside.

The tennis icon’s case has transcended sport to become an international row, with Serbian President Aleksandar Vucic accusing Australia and its prime minister, Scott Morrison, of conducting a “political with hunt” against Djokovic.

Morrison had come out firmly in support of the Australian border authorities and their initial decision to cancel Djokovic’s visa.

Many Australians had reacted with fury to Djokovic’s announcement last week that he was cleared by Tennis Australia and the Victoria state authorities to compete Down Under, not least as Australians have faced some of the most stringent lockdown conditions anywhere in the world throughout the pandemic.

After Monday’s court victory, Djokovic is hoping to finally be cleared to compete at the Australian Open, which runs in Melbourne from January 17 to 30.

The Serbian star is a record nine-time champion at the event and has won the tournament for the past three years in a row.

Should he line up in Melbourne, Djokovic will be aiming to win an all-time men’s record of 21 Grand Slams.