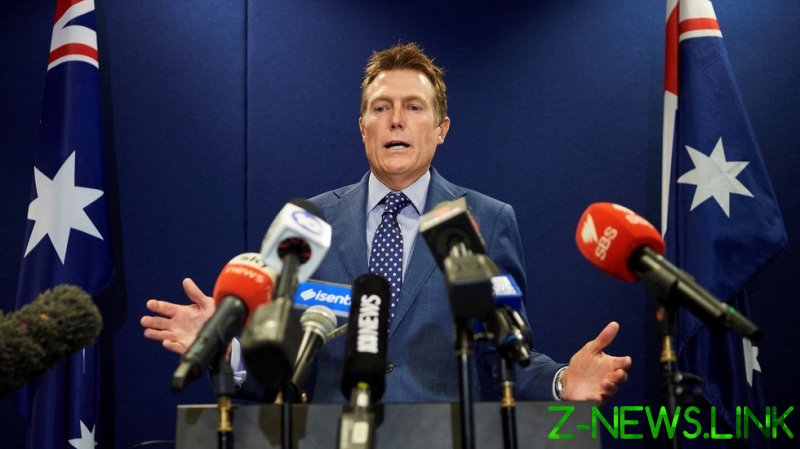 Attorney-General Christian Porter came forward on Wednesday to reveal that he was the minister accused by an unidentified Adelaide woman of raping her when she was 16. He said he waited for the New South Wales (NSW) police to complete their investigation before going public and defending himself from what he described as “trial by media.”

“Staying silent. Following the rules. A very difficult decision. I have been subject to the most wild, unrestrained allegations in Australian politics,” he said.

Earlier on Tuesday, police confirmed that they had not discovered evidence sufficient to charge anyone and have “determined the matter is now closed.”

Details of the allegations became public last week after an anonymous letter describing them was sent to Australian officials, including Prime Minister Scott Morrison, which was reportedly compiled by friends of the woman after her death.

Law enforcement has been aware of the claims since February of last year, when the complainant first came forward. The claims were investigated by the NSW police’s Strike Force Wyndarra. The accuser died by suicide in Adelaide last June, shortly after informing police that she no longer wanted to proceed with the investigation.

In 2019, she contacted former Prime Minister Malcolm Turnbull and his wife to ask for their advice, according to Turnbull himself, who spoke to the media. He called on his successor to launch an independent inquiry rather than leave the matter to the police, and said the then-unidentified accused minister should speak up.

The woman was reportedly an award-winning debater, who met Porter when she represented her home state of South Australia at a competition in Sydney. He was 17 at the time.

As he disclosed his identity, the attorney general said he rejected calls to step down “because of an allegation about something that simply did not happen.”

“My guess is that if I were to resign and that set a new standard there wouldn’t be much need for an Attorney-General anyway because there would be no rule of law left to protect in this country,” he said.

Porter said he felt for people affected by the scandal, including friends and family of his accuser and those on his side. Porter will take a short leave to deal with the situation, which, he said, has taken a toll on his mental state.