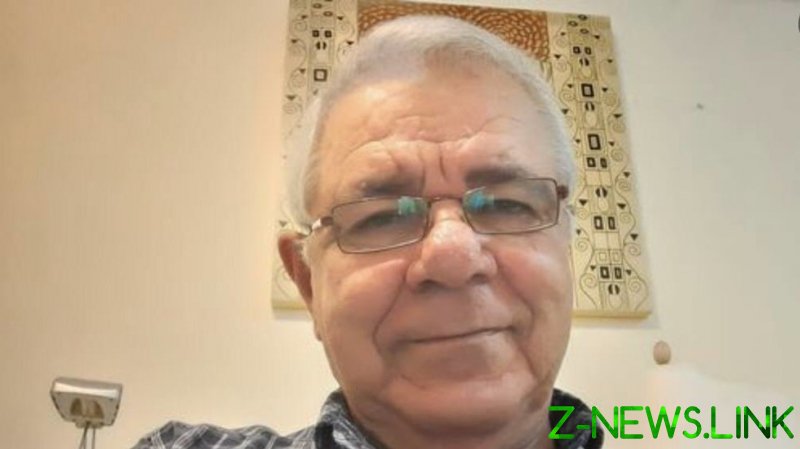 Australian Joe Sarlak was not at the side of the mother of his three children when she died from cancer. He has two grandchildren he has never met. He lives unofficially in the servant quarters of someone else’s home, a single room and small bathroom. Sarlak, 70, is a hostage of Qatar, unable to leave the tiny yet wealthy Arab state – set to host the biggest sporting event of 2022, the FIFA World Cup.

It’s hardly the profile of someone who had a long, successful career in construction but as Sarlak said: “In this day and age, money talks and they’ve got money. I don’t have any more faith in human rights.”

In 2004, there was an international tender to build a VVIP aircraft hangar for the current Emir of Qatar’s father, Sheikh Hamad Al Thani. Sarlak, who had done similar jobs at Melbourne’s Tullamarine Airport, won the contract.

He arrived in the summer of 2004, ready to oversee the project but hadn’t been informed of the sponsor system. Until a few months ago, Qatari law stated that a foreigner could only hold a maximum of 49% in a company, so he was paired with a member of the royal family to hold the rest.

Sarlak explained: “Somebody recommended Sheikh Khalid Fahad Mohammed Saud Al Thani and he became my sponsor. I finished the job and was going to go back home, but Qatar Airways decided to give us more work. I thought the place was giving me a break and decided to stay.”

Not only did Sarlak design and build several projects at the airport, he also won contracts to do the same for oil and gas companies. Everything seemed to be fine until what would be his last ever project.

He said: “This guy [his sponsor] unbeknown to me was in problems and a few times he took a lot of money out of the company to help his problems. At the end of 2016, he took a lot of the money out of the company and I was struggling to finish the last contract, which was to design and build a simulator building for training the airline pilots, it was quite a sophisticated project.”

With the building almost finished, Qatar Airways judged it to be 87% complete but Sarlak felt it was further along, when a call from a prospective client came into the office. Sarlak went to meet the person, eager to hear what they were seeking to build, but it was a trap and he was arrested.

He recalled: “I didn’t know what the hell was going on. That night when they arrested me, they kept me awake till 4am asking me questions, I was numb.”

It transpired that his sponsor had reported Sarlak for absconding, a bizarre claim as Sarlak was still in Qatar. Eager to get out of custody, he signed a form in Arabic, which was a confession. Salark was sentenced to three months in prison.

The bigger problem though is the structure of Qatari commerce, common across the Middle East, uses pre-signed cheques as guarantees. Once the bank became aware that Sarlak was in prison, they cashed the cheques and they bounced. A bouncing cheque is a criminal offence in Qatar.

The reason, according to Sarlak, was because his sponsor cleared out the company accounts. He said: “Despite [the fact] that I finished the job of 87%, which I believe was 90% prior to that, [the sponsor] took payments; two from Qatar Airways and the third from another project we had with a gas and oil company.

“I’ve come to understand he instructed the bank when those funds came, to not pay them into our working account, which we used to finance the projects. He thought the jobs were nearly finished, he thought he would collect the money and the balance of the money from Qatar Airways, and then put me in jail.”

So, the sentence grew from three months to just under three years in total. The court appointed an auditor to forensically inspect the company’s finances, and they found no evidence of any wrongdoing by Sarlak. His sponsor kept claiming that Sarlak had embezzled money from him but had no evidence to back this up.

Sarlak said: “I attended in front of the judge who appointed an auditor to check all the accounts. His finding was there was no evidence, so I was found innocent. I called my sponsor to ask ‘Why have you done this,’ and he said, ‘I’ll make sure you’ll never see the sunlight again and I’ll show you these things are done.’ I couldn’t believe it.”

To add to the confusion and Kafkaesque nature of the situation, the sponsor started a new company and registered Sarlak as the sole manager.

In the previous firm, they had been joint managers. Charges against the new company are what is holding him in Qatar.

Sarlak fumed: “First he opens a case against me that I embezzled him, 14 days later he opens another company and makes me a manager. Isn’t that stupid? It’s illegal, as if someone’s name is going to be on a company’s registration, they have to physically go to the ministry and sign. I didn’t know anything about it. I could take legal action against him for that, but I want to resolve my problem and get the hell out of this place. If I’ve been found innocent, why are they keeping me here?”

That is the key question and it all revolves around the creditors who have been able to place a travel ban on Sarlak, meaning he cannot leave Qatar, despite him having no control over the new company’s finances and being found to have committed no fraud. He has no impending court dates, as there is nothing to judge. 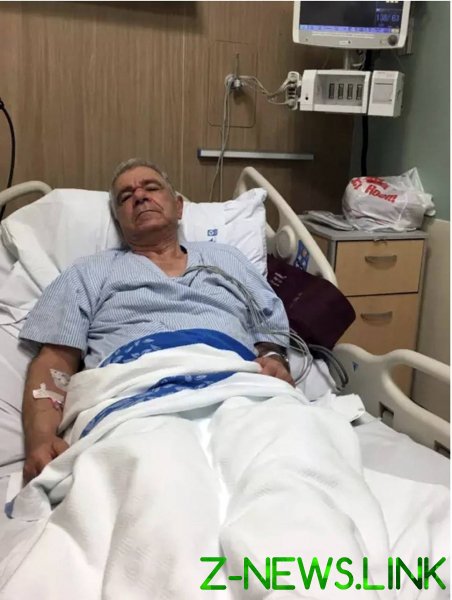 Sarlak is in complete limbo and spends his days in his single room. He said: “I don’t know if tomorrow I’ll be alive, I’ve got heart problems, high blood pressure, prostate problems, I’ve got one kidney and all the things you get in old age. I haven’t been to a hospital in three years to change my medication, I take 11 tablets a day and nobody can hear me, even with our own [Australian] embassy, sadly everything has become commerce. They just say if your health is OK, that’s all we can do. I asked them, ‘At least write to the foreign minister and ask what is happening with me, at least I would feel someone is looking over my shoulder, but even that doesn’t happen.”

As he has no Qatari visa or local ID, Sarlak can’t rent accommodation officially, nor get a mobile phone. The SIM card he does have is under the name of a friend. He cannot go out in public as it’s a crime in Qatar to be in public without ID, and he can only use the internet again thanks to a friend allowing him access to their account.

Sarlak said: “The last two years I’ve been going backwards and forwards between immigration and deportation, they just pass me around. You spend two weeks starting from one counter, you go to all the floors and come back to the same counter, the same person. It’s a Disneyland court system here.

“To find a genuine, honest lawyer here is very difficult. I have been with four of them and if anything, they make your case worse. It’s a horrifying place, I don’t wish it on any man. It’s the most dangerous place to come and do business, they simply don’t care about you.”

Sarlak also revealed that his time in prison was humiliating and dehumanizing. He added: “All my life I’ve never been in a police station and now this. It’s a frustration, why does nobody hear me? The biggest thing in prison here is the humiliation, they don’t treat you like a human being.

“They’ve got a fire sprinkler system but there’s no water in the damn thing, but the piping is here. Or they put four telephones against the wall, it happened once while I was there. Somebody came in from human rights, they put the phones on the wall and the next day they took them off. Everything is for show.”

Part of speaking out for Sarlak is to advise others of the dangers that lie ahead.

Qatar is becoming an economic powerhouse and attracting global partners, but there is a dark side. 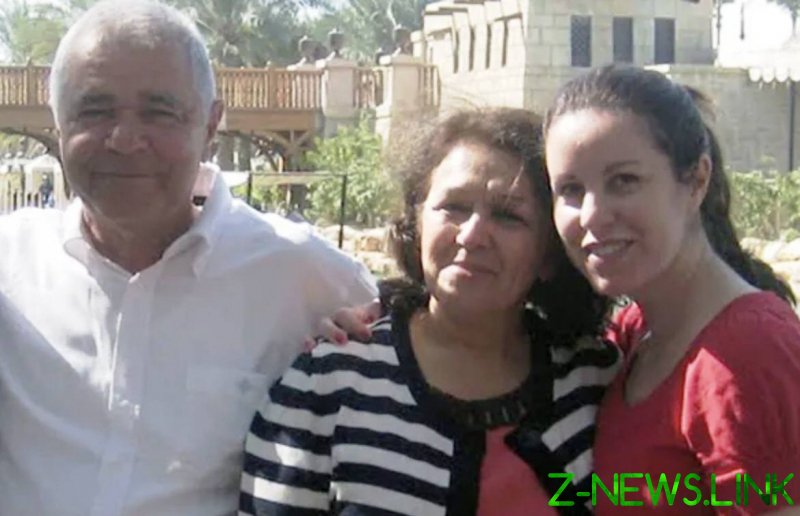 His ex-wife of 28 years perished while he was stranded in Qatar, leaving him unable to say goodbye

Sarlak explained: “That is what people should know, once you get here you are infidel to them as foreigners. It doesn’t matter if you have blue eyes or are a black fella from Africa, it’s the same, you are foreigners.

“They are very good at the advertisements, everything is glossy and looks really pretty, but you’re walking on a razor blade edge.

“If you go to see the lawyers or chartered accountants, of course they tell you a beautiful picture about the place, but it’s not so.”

Developed by his decades of overseeing major construction projects, Sarlak is a strong individual. He even laughs about the irony that many of the fans and officials arriving for next year’s World Cup will use buildings that he constructed.

But when asked about his ex-wife of 28 years, he has to compose himself.

He said: “I couldn’t be at her side. I’m a fighter, I thrived on the pressure and the problems of the projects, that’s what is keeping me alive. I’ve got a lot of dreams I still want to achieve when I get out of this place.