Home / business / Australia for a three-year extended sanctions against Russia

Australia for a three-year extended sanctions against Russia 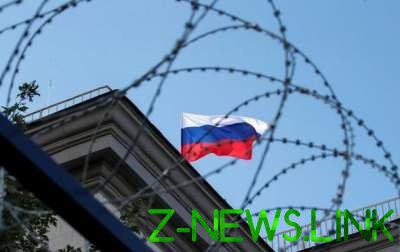 Sanctions Australia extended for another 3 years or until the implementation of the Minsk agreements.

The Australian government took the decision to extend financial sanctions against individuals and companies responsible for the threat to the sovereignty and territorial integrity of Ukraine. On Friday, September 22.

According to the Ukrainian Ambassador to Australia Nikolay Kulinich, the decision of the Australian government on the extension of sanctions against Russia is not a result of pressure, and the continuation of the system approach, understanding that Russian policy poses a threat to the whole world, including Australia.

According to the governmental decision, the financial constraints of Australia against the citizens and enterprises of the Russian Federation occupied Crimea and representatives of the LPR-DPR extended for the next 3 years or until Russia fulfils its commitments under the Minsk-2.

In General, under the restrictive measures of the Australian government today get 48 businesses and 153 persons, that is, in comparison with 2014, when sanctions were imposed for the first time, financial constraints will affect further 42 people and 12 companies. Three people who died in the period from 2014 to 2017, was excluded from the lists.

Australia has approved the first sanctions against Russia in June 2014, in September of the same year, they were deepened. Unlike the EU, the deadline for the revision of sanctions in Australia covers three years.