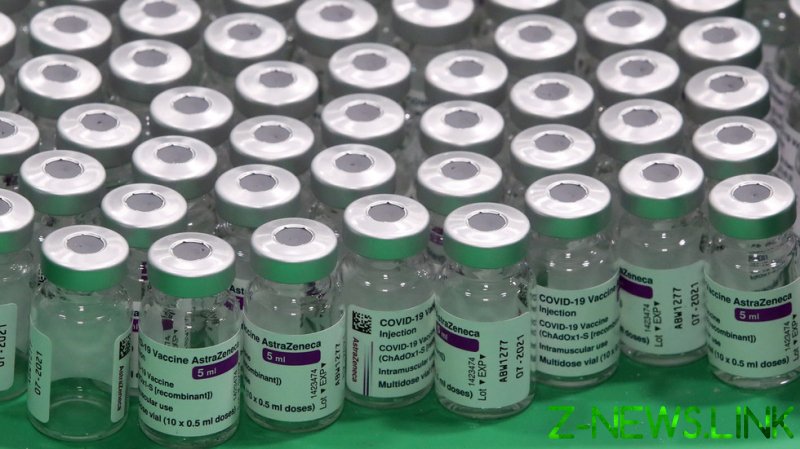 Canberra is still waiting for more than 3 million doses of AstraZeneca’s jab that were supposed to be delivered from abroad. Speaking with Sky News on Tuesday, Acting Chief Medical Officer Michael Kidd said that the shortage was the result of “problems with shipments that we’ve seen happening here and in other parts of the world.”

The government had planned to administer at least 4 million first doses of the drug by the end of March, but were only able to vaccinate around 840,000 people.

The European Union began blocking exports of the AstraZeneca vaccine to Australia after the British-Swedish pharmaceutical company failed to meet its delivery targets for the EU. Brussels introduced an export control system in January in order to ensure that the bloc didn’t face shortages as it began to roll out its mass inoculation programs. The rule requires pharmaceutical companies to meet their contractual obligations with the EU before commercial exports can be approved. The provision was used for the first time last month, after Italy prevented the shipment of 250,000 doses destined for Australia.

Kidd did not mention the European Union by name while explaining why Australia had fallen short, although he did say that medical authorities were cooperating with their counterparts in the EU and UK to investigate reports of blood clots occurring in individuals who had received the AstraZeneca vaccine.

Another senior government official was, however, more explicit. “We are 3 million short at the moment. We were 3 million short by the EU. They cut us short,” Federal Minister for Agriculture David Littleproud said earlier.

He added that domestic manufacturers were working to make up for the shortfall.

Not all of Australia’s vaccine woes can be blamed on Brussels, however. Reports emerged last week that some states had been hoarding vaccine doses since the start of the public health program because local governments feared a breakdown in the supply chain.

Despite the setback, Australia has set ambitious goals for its vaccine drive, and hopes to administer at least one dose to every person by the end of October.