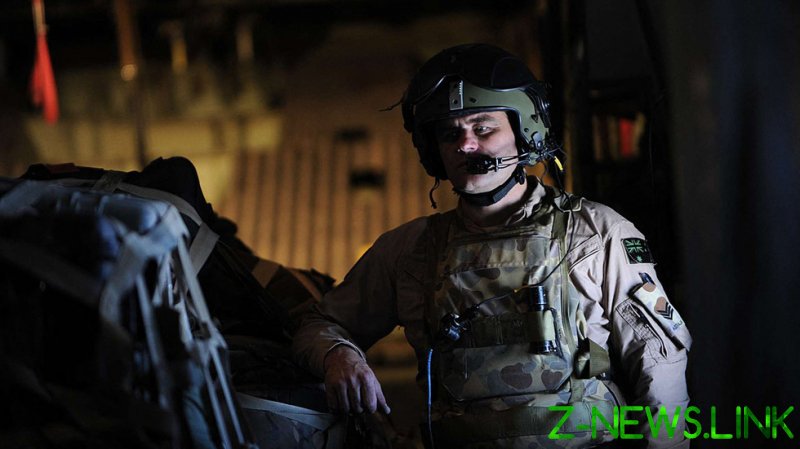 Defense Minister Peter Dutton announced on Sunday that over the past several weeks, Australia had pulled 80 support personnel from Afghanistan, formally ending the country’s military presence there. Canberra said in April that it would follow Washington’s lead by pledging to remove its remaining troops by September.

Dutton noted Australia was ready to join the US in future military operations that are deemed to be “in our national interest or in the interest of our allies.”

“For now, though, that campaign has come to an end,” the defense minister said.

Australia mobilized some 39,000 troops over the past two decades as part of the US-led military intervention in Afghanistan. Forty-one Australian service members were killed during the war, which eventually became a dragged-out stalemate with the Taliban. Canberra withdrew the bulk of its forces from Afghanistan in 2013.

“This war is ending, not with victory, not with defeat, but with hope that Afghanistan is a better place,” then-Prime Minister Tony Abbott said at the time.

While Australia’s involvement in the drawn-out war has officially come to an end, in recent months the country has begun to grapple with claims of alleged war crimes carried out by its troops.

In December, a four-year investigation commissioned by the government found evidence that Australian troops committed dozens of murders in Afghanistan. However, the report determined that responsibility for the alleged crimes “does not extend to higher headquarters.”

Canberra later apologized to Kabul for the “misconduct” detailed in the explosive report.

Since then, other gruesome allegations have come to light as the result of a defamation case against several Australian media outlets brought by a special forces soldier, Ben Roberts-Smith. Newspaper reports allege that Roberts-Smith gruesomely murdered six Afghan men during his tour of duty, and then engaged in other illegal behavior to cover up the killings. Australian media outlets claim that, among other alleged crimes, Roberts-Smith killed an unarmed farmer whose hands had been handcuffed behind him, by kicking the civilian over a cliff and ordering another soldier to shoot him. The Aussie soldier has denied the claims.

Meanwhile, US President Joe Biden has defended Washington’s withdrawal from the country, dismissing concerns of a Taliban takeover of Kabul. He vowed that the United States won’t “walk away” from Afghanistan, suggesting that the US could continue military aid to the country. The insurgent group has scored a string of victories over the past several weeks, reportedly seizing more than a dozen districts across the country.