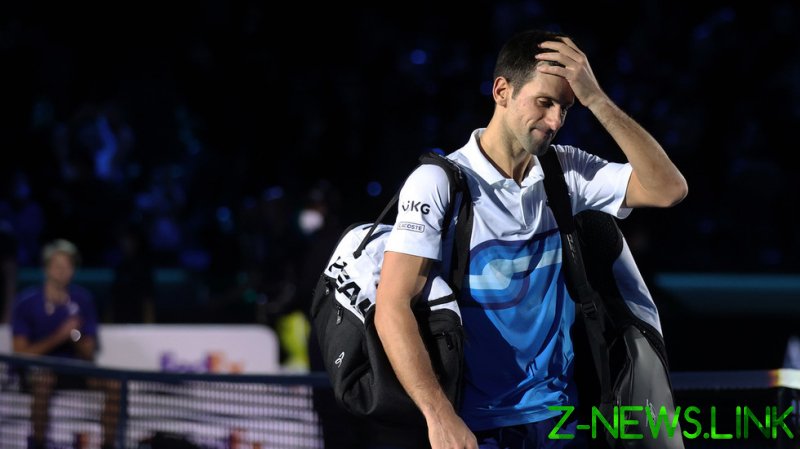 World number one Novak Djokovic has been refused entry into Australia after arriving in the country expecting to be granted permission to compete at the Australian Open with a medical exemption.

Hours after Djokovic arrived at Melbourne Airport late on Wednesday night local time, the Australian Border Force (ABF) issued a statement saying that the Serbian star had “failed to provide appropriate evidence to meet the entry requirements to Australia, and his visa has been subsequently canceled.”

“Non-citizens who do not hold a valid visa on entry or who have had their visa canceled will be detained and removed from Australia,” the statement added. ​

Djokovic’s legal team will reportedly challenge the decision, but should they fail, the 34-year-old star will be forced to leave the country.

Djokovic had headed to Australia after revealing he had been granted a medical exemption to compete at the season-opening Grand Slam in Melbourne later this month, where he was set to defend the title he has won a record nine times previously.

Only fully vaccinated players are allowed at the tournament unless granted the type of exemption which Djokovic had received, which followed verification from two separate medical panels in Australia.

Djokovic has not publicly revealed his Covid vaccine status, nor the specific reason why he received an exemption, but the news that he had been cleared to compete in Melbourne triggered an avalanche of criticism among Australians.

READ MORE: Djokovic ‘despised by all of Australia’ after medical exemption

Prior to Djokovic’s arrival, Prime Minister Scott Morrison warned that if there was any suggestion of doubt about the validity of his right to enter the country then he would be sent packing “on the next plane home.”

In a dramatic twist to the saga, that appears to be Djokovic’s fate.

While clarity is still required over the exact problem he encountered at the border, reports in Australia stated that his team may have made a mistake with his visa application.

Djokovic was held in a room while the issue was thrashed out, with the news being met with fury by his father, Srdjan, who said the situation was “not just a fight for Novak, but a fight for the whole world.”

Elsewhere, Serbian President Aleksandar Vucic said the tennis star was a victim of “harassment” and vowed that “the whole of Serbia” was behind him.

However, Australian Prime Minister Morrison tweeted that “rules are rules” as he justified the steps taken against Djokovic.

Many have questioned how Djokovic was granted an exemption to compete in Australia by medical professionals, only to then meet more hurdles on his arrival in the country.

The Australian Open formally begins on January 17 at Melbourne Park, and Djokovic believed he had been granted the chance to win a fourth title in a row at the venue and potentially a record 21st Grand Slam title overall.

However, that scenario now seems unlikely unless Djokovic’s legal team can win their battle, otherwise the tennis ace faces another long flight – this time from Australia rather than to it.