Aussie PM’s refusal to back WikiLeaks’ Assange is ‘morally bankrupt’ says MP in Oz who also tells US & UK: ‘enough is enough’ 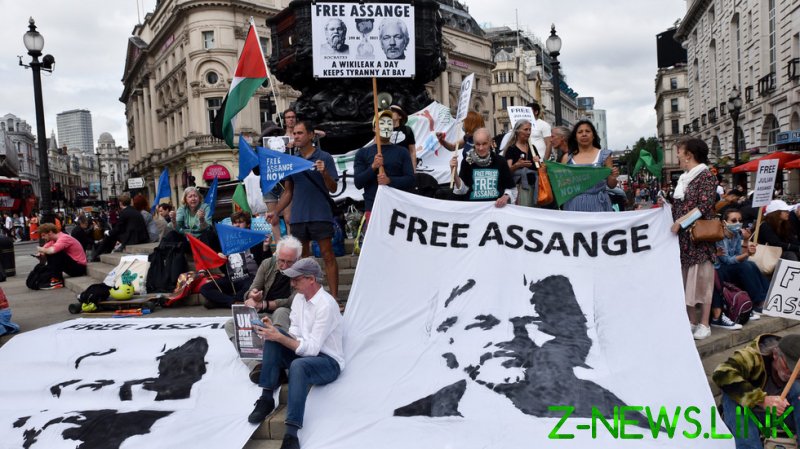 The Aussies take their petitions seriously. When the government threatened a hike in the price of beer back at the turn of the 21st Century, 800,000 angry Australians put their names to paper – never mind e-petitions – in a show of people power that gave the politicians one choice: abandon their futile quest.

The message was clear, don’t mess with their beer and equally strident is the almost pathological Australian defence of the underdog. Nothing gets an Aussie’s budgie smugglers in a twist more than a bully.

And when the victim is a fellow Aussie, well, you’ve got a real ding-dong in the offing. Even when that compatriot is controversial WikiLeaks founder Julian Assange, currently residing in the UK’s grim Belmarsh prison, having been considered too much of a flight risk to be granted bail while the British courts decide whether to send him to the US to face espionage charges.

Nearly 12,000 miles away, Assange’s treatment has seen an unlikely cross-party alliance form to argue for the underdog. Among those leading the call for the US administration to drop its bid to extradite Assange is Aussie MP Julian Hill, a vocal member of a cross-party group of federal politicians who discussed exclusively with RT.com last week’s release of a video demanding that US President Joe Biden rethink his administration’s pursuit of their compatriot.

To Hill, the issue is one of principle. “I don’t agree with everything he’s done and I don’t know whether I like the guy but it’s not my job to be his friend. I don’t have any personal connection with him,” said the 48-year-old Victorian. “It’s a matter of principle. People have their own reactions and a lot of people, in that great Australian way, really don’t give a hoot but still support that principle, although they may not really have any particular personal care for the guy beyond his welfare and well-being.”

So strong is that innate sense of fair play, even when the underdog is a stranger, that it has seen more than 600,000 Aussies sign a change.org petition calling for the release of Assange and to stop the legal precedent of the USA extraditing a non-US citizen for exposing their (the USA’s) wrongdoing. When presented to the International Criminal Court in The Hague earlier this year, it became the largest petition ever to land at the door of that institution.

But so far, Australian Prime Minister Scott Morrison has refused to back the campaigners, and Hill is scathing.

“The prime minister’s failure to defend Julian Assange, who is an Australian citizen, is incredibly disappointing as is his refusal to engage in the matters of principle at stake,” said the MP. “He’s hiding behind talking points about ‘due process,’ ‘having his day in court’ and ‘facing the music’ and similar sort of nonsense, which is intellectually and morally bankrupt but that’s not deterring us.

“There is growing support from other members of parliament and indeed with the return of Barnaby Joyce [who won a leadership battle in minority coalition partner National Party last month] to the role of Deputy Prime Minister, Assange now has at least one clear supporter in the cabinet.”

Now Hill and his colleagues are looking to build on that influence to convince the Americans to drop their pursuit of Assange. The Labor Party MP and two colleagues met in March with Washington’s top diplomat Down Under, Mike Goldman, to put the case for Assange’s release.

Hill said, “We got a fair hearing and a commitment that I think was honest to relay in direct terms the points we made back to the administration. One of the points which I made I got the feeling perhaps hadn’t been thought-of quite before, which was that, in many respects, the US has got everything it wanted out of this case in terms of legal precedent and principle.

“I made the point that the US administration could gracefully drop the charges and walk away while still claiming victory on their point of principle; that they could do the right thing on a humanitarian basis without conceding that point.”

As the back channelling continues and the number of Assange supporters in high places keeps rising, Hill and his colleagues show a doggedness mixed with political acumen that might just win the day.

“We’ll keep up the advocacy,” Hill said. “There are reports of growing interest in America in helping Assange, including some interest in Congress and also from the liberal media and the ecosystem around the Democratic administration which is also important. We need to keep supporting those efforts because they’re the people’s voices that are heard.”

After the false dawn of a rumoured pardon from outgoing President Donald Trump earlier this year, maybe Biden will bow to demands and growing clamour. After nearly 10 years in confinement, spent in Ecuador’s London embassy and most recently, prison, all without facing trial, Assange’s treatment was deemed by a UN rapporteur as “psychological torture.”

“There needs to be agreement across the Australian government, the US government and the British government that enough is enough,” said Hill. “This has been going on for way too long and the matter just needs to be resolved.”