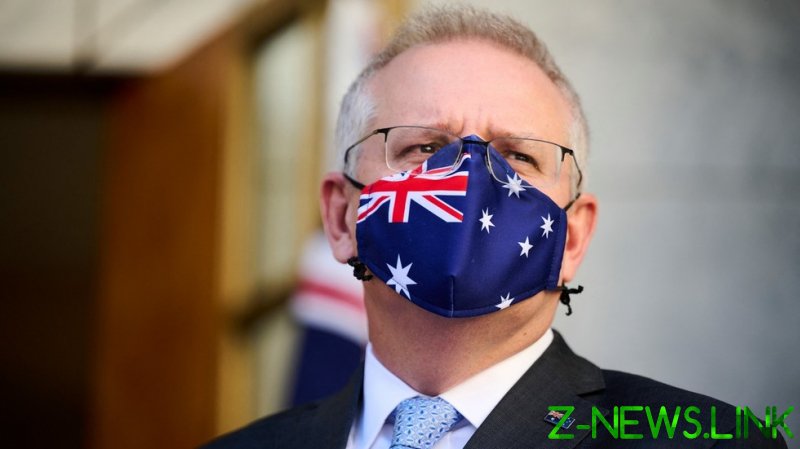 “Social media has become a coward’s palace, where people can just go on there, not say who they are, destroy people’s lives and say the most foul and offensive things to people, and do so with impunity,” Morrison said on Thursday.

Online trolls and all those who disseminate toxic content on the internet “have to identify who they are” because in a “free society, you can’t be a coward and attack people and expect not to be held accountable for it,” he insisted.

The Australian government will be “leaning further into this” to address hate speech online and the “lack of accountability” by the tech giants that enable it, Morrison promised.

The warning came in the wake of revelations by former Facebook product manager Frances Haugen, who testified before a US Senate subcommittee earlier this week, accusing the platform of not doing enough to curb harmful content and putting profit above the wellbeing of its users. Those claims were refuted by Facebook CEO Mark Zuckerberg, who said they were a “false narrative” and assured that his company “[cares] deeply about issues like safety, well-being and mental health.”

The issue has become personal for Joyce after rumors about the love life of his daughter were recently spread online. The deputy PM described them as “total and utter rubbish.”

“From my own personal experience of recent times, you have got to get to a point where you say enough is enough,” he said of toxic content on social media. “These platforms just say ‘oh well it’s too hard to control’. It’s not too hard for you to collect your billions of dollars from it and apparently it’s not too hard for you [to] set up vessels to avoid tax in Australia,” Joyce argued.

Last month, Australia’s High Court ruled that news organizations operating in the country could be held liable for defamatory comments left by people under posts on their social media accounts. The decision saw several outlets, including CNN, announce they will no longer publish their content on Facebook in Australia.

The country’s eSafety Commissioner was also granted extended powers a few months ago, which allowed the online safety agency to tackle cyberbullying that targets not just minors, but also adults.