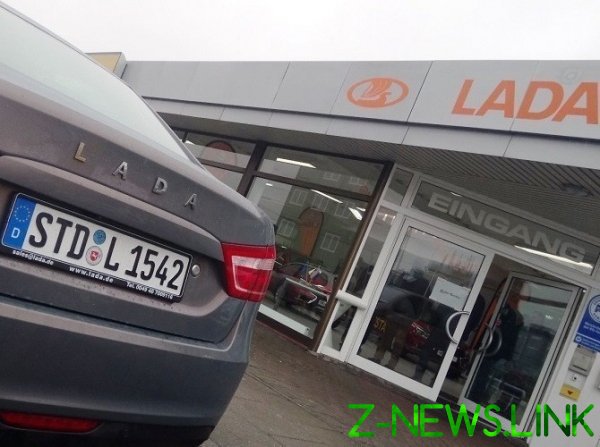 Lada Russian auto giant “AVTOVAZ” has left the EU market because of stricter environmental standards on emissions. This “Газете.Ru” said a European General distributor Lada, and confirmed in the company “AVTOVAZ”. Financial losses from the loss of the European market is insignificant for “AVTOVAZ”, but much more tangible reputational loss for the country – Lada cars were exported to Europe since the Soviet Union and was one of the most difficult Soviet and later Russian goods, experts say.

European dealers have stopped to Lada, the last batch was shipped from the warehouse the exclusive importer of AVTOVAZ in Germany in March of this year, and the new machines will be gone. This “Газете.Ru” is the General distributor of “AVTOVAZ” in Europe, Lada Automobile GmbH Deutschland.

“Now we have left in stock only a few cars Vesta in the standard specifications. Other machines are already sold out to our retailers. Last year, AVTOVAZ said it will gradually reduce the supply, but no more and never will be. Reported that after three years the company can return, but it is hardly possible”, – told “Газете.Ru” the representative of Lada Deutschland.

According to the source, the probability of the return of AVTOVAZ with the Lada brand is excluded because of a new marketing Alliance’s policy (adopted as a response to “coronaries”) Renault-Nissan-Mitsubishi, part of which is “AVTOVAZ”.

According to the new doctrine, Renault and its Dacia budget brand will occupy the dominant position in the European market, while other members of the Alliance will be able to attend this market only if their model do not compete with these brands. Models in Russia Russian companies intersect with the production of Renault for the price.

“I don’t know whether they will be able to return to the European market in three years, but now there is no chance that they will succeed”,

— said the representative of the General distributor of Lada cars in Germany.

Lada Deutschland announced that in view of the loss of the supply of Lada, the company is forced to switch to sales of the Chinese electric cars BAIC and JAC, as well as electrical of the SeaDoo. The company “AVTOVAZ” has confirmed the information that the supply of cars to the EU stopped.

“We have long said that leaving Europe. They have introduced new environmental requirements and is not economically feasible for us to invest in the revision of engines in connection with small sales volumes. With regard to the return – in the long term this might happen. Which model – is to say absolutely before”, – told “Газете.Ru” Director of communications “AVTOVAZ” Sergey Ilinsky.

From the beginning of 2020 in the EU there are strict regulations on CO2 emissions for passenger cars should not exceed 95 g/km. none of the production cars of “AVTOVAZ” does not meet these requirements. It is obvious that cars of “AVTOVAZ” introduced in 2019, used previously issued certification documents.

The range of Lada in Europe included models Granta, Vesta and 4×4 (Niva).

In Europe these cars were the most affordable along with the Chinese, for example, Niva were sold at a price of 12-15 thousand euros. But the volume of sales is steadily falling, in 2018, the Russian company sold in Europe 5325 cars, mainly in Germany. For comparison, only in 2018 for export was sent to 38 thousand cars Lada.

Now the entire policy of “AVTOVAZ” is determined by the people of Renault, why would they want to promote in Europe, products that potentially compete with Dacia and Renault, asks an independent consultant in the automotive industry, Sergey Burgazliev.

“Even a little, but Lada could win market Dacia and Renault, the Alliance is quite happy, “AVTOVAZ” plays exclusively on their territory and a bit on the traditional markets of the former CIS,” said Burgazliev.

According to him, Lada competitive exclusively on markets where secure recycling collection from such major players as Chinese automakers and the German concern Volkswagen.

Despite the fact that in Europe sold a few cars Lada, Niva SUV was an iconic model for many Europeans, says automotive expert Sergey Ivanov.

The termination of deliveries of Russian such a complex product in Europe is a blow not so much to the reputation of individual companies, but on the image of the whole country, he said.

“For example, “Field” supplied to Europe since Soviet times, there used by the police, gamekeepers, farmers. Michael’s brother Ralf Schumacher, former racing driver, “Formula 1”, carries on the “Field” of wine from his winery, and is pleased to publish her photos in social networks. It’s really rare utilitarian car – proof that your country can make a unique product and sell it in a civilized country. The Ministry of industry and trade is something to think about,” summed up Ivanov.