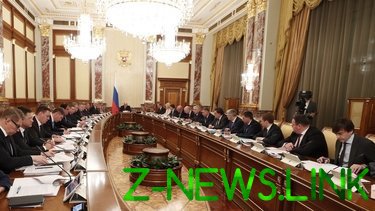 The very concept of “systemically important”, which receives assistance from the Russian authorities, is not only corrupt and ineffective, it is completely divorced from reality

A very accurate assessment list of companies that the Russian authorities are going to help in the first place, gave the publicist Mikhail Makogon:

“The list of strategic companies,” it continues to amaze crab abundance. But it’s not about who got there and who is not. And the very idea of such a list.

Lower even a moment that “the list of strategic companies,” Schindler’s List to receive state subsidies and preferential loans – are, essentially, without any adjustments for Russian realities – auction corruption.

Places in the list are expensive, in the current situation are as life itself, they necessarily will trade.

But the question – that the Soviet idea of economic system when the city is at the factory, and not Vice versa, to the current life relations not having.

When I was growing up in the 90s, the first half of the 00’s – it is direct still worked. NTMK, Uralvagonzavod, the railroad and a number of their servicing businesses, like refractory production was absolutely dominant, closer to a monopoly employer in the city.

Nobody and nothing had to be explained. If Pasha, Masha, Sasha, or Glasha today “in the day”, tomorrow will go “into the night”, and after two days off.

Everyone knew what good graphics (“train”) and which – hung up (“rolling”).

Nobody would be in the garden not impressed that the Pope is an astronaut, here is a master of plot or, God forbid, the master of the shop is clear, this value is (foreman, even a tiny one, even a warehouse or repair as my father – beyond the known universe, already an oligarchy).

Chiefs big studios, major distributors, major steel makers, chief engineers – do not go on foot, children in the garden don’t carry, live behind high fences, away from the mortals.

Today the situation is different altogether. 54% of GDP in 2018 generated services (industry 32%, agriculture – 3%). Throughout the industry (mining, manufacturing, generating) employed less than 13 million In one trade and 11.5 in logistics – more than 6 million in hotels and catering 1.8 million, culture and recreation – 1.3 million

We, for the most part, have not give the country of coal on the backbone fuming giants. We also sell, feed, entertain, build front-end sites, endlessly watch and we carry each other (driver and guard are two of the leading profession among men).

Idea that will save the giants, separating the wheat from the chaff, choose “important” and the rest will come and to hell with them generally obsolete for 15 years at least.

Yes, AVTOVAZ, which has already once, subsidies, concessions, protective tariffs did not save that we have the “backbone” – 35 thousand people, and the restaurant 30-40 people. But only in Moscow and St. Petersburg restaurants, bars, coffee shops, pizzerias, more than 20 thousand, and the country – more than 100 thousand And the whole industry, from production to advertising they run.

The whole concept of “backbone” – it is not that corrupt, inefficient, it is simply unrealistic, the authors just live in a parallel reality…”