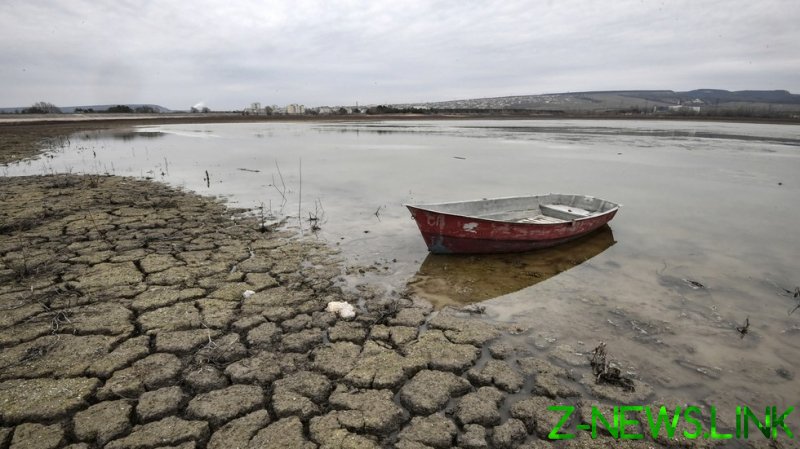 In 2014, the Ukrainian government constructed a makeshift dam on the North Crimean Canal, which previously provided 85 percent of the local water supply. It connected the region to the River Dnieper, the fourth-longest river in Europe.

Following the reabsorption of Crimea into Russia, the same Kiev ordered the channel to be blocked off. The area is now suffering from a water shortage, with climate change and a lack of rainfall also having an effect.

“The right to water is a prerequisite for the realization of other human rights,” Alexander Lukashevich said on Thursday, noting a UN General Assembly resolution from 2010. “Depriving the population of access to water can be equated with an attempt at genocide.”

“Can it be called caring about the people who Kiev nominally considers to be their citizens?” he asked.

As things stand, much of the region is suffering from a severe lack of water, and cities such as Simferopol and Yalta have enforced rationing, with taps only working for a few hours each day. With reservoirs running low, Russia has accused Ukraine of human rights violations and has criticized international organizations for remaining silent on the matter.

In addition, Lukashevich noted that the water blockade could eventually become a disaster for the predominantly Russian-speaking Ukrainian region of Kherson, which borders Crimea.

“This clearly would not add popularity to the post-Maidan authorities in the eyes of their own citizens, who themselves have become hostages of Kiev’s Russophobic policy,” he said.

Lukashevich’s words come a month after a Ukrainian official revealed that the temporary blockade would soon be made permanent, with Kiev planning to beef up the makeshift dam. According to Anton Korinevich, the man designated by Ukrainian President Volodymyr Zelensky to oversee policy on Crimea, the peninsula will be blocked off until Russia leaves.

“The position… is unambiguous: no water to Crimea until deoccupation,” he said.

Crimea was reabsorbed into Russia in March 2014, following a referendum. Kiev has not recognized the vote, and most nations view Crimea as an illegally occupied Ukrainian peninsula.