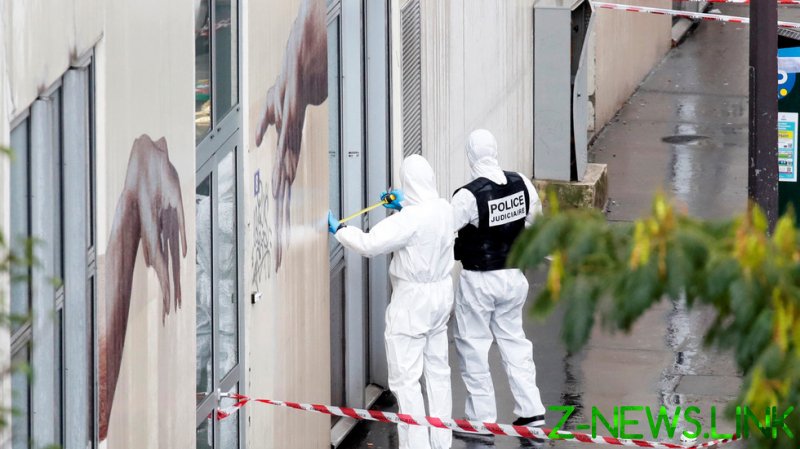 Obviously the threat of terrorism on this street has been underestimated.

Two employees of the Premieres Lignes news production agency were outside their office in the 11th arrondissement on Friday when they were attacked by a knife-wielding man. They were “very badly wounded,” Premieres Lignes founder Paul Moreira told AFP.

The attack took place near the former address of Charlie Hebdo, a weekly satirical newspaper whose staff was massacred in a 2015 attack by Islamist militants. The 14 alleged accomplices in that attack are currently on trial in Paris.

Charlie Hebdo eventually reopened at a different address in Paris, which is being kept secret for security reasons.

AFP reports that five men have been detained, including the suspected attacker. The PNAT anti-terrorism prosecution office said it has opened an investigation, with charges of “attempted murder related to a terrorist enterprise” and “conspiracy with terrorists.”

After visiting the scene of the attack, Prime Minister Jean Castex said the lives of the two victims “are not in danger, thank God.”

Brothers Said and Cherif Kouachi invaded the offices of Charlie Hebdo on January 7, 2015, and killed twelve people. Claiming responsibility for the rampage, Al-Qaeda said the magazine offended all Muslims by publishing cartoons of the Prophet Mohammed.

Charlie Hebdo reprinted some of the cartoons ahead of the trial of the Kouachis’ alleged accomplices. It condemned Friday’s attack as an “odious” act by “terrorists” driven by fanaticism and intolerance.