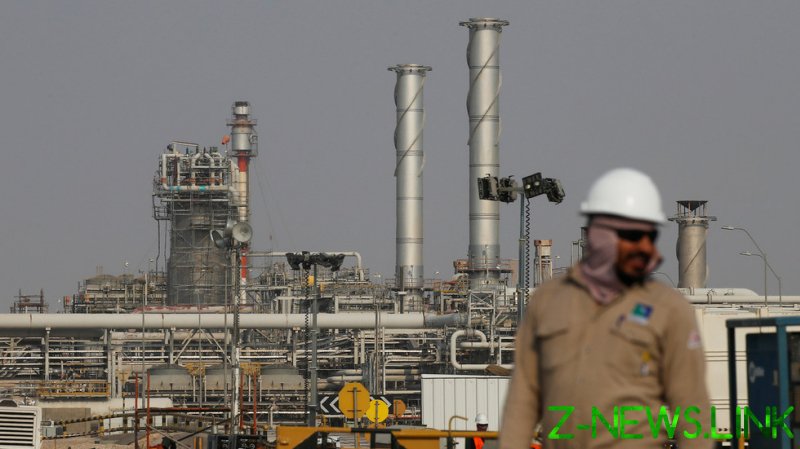 A projectile struck an oil terminal in Jizan, a port on the Red Sea north of the Saudi-Yemen border, on Friday, igniting a fire but resulting in no casualties, according to a statement from the Saudi Oil Ministry.

“The Kingdom condemns this cowardly attack directed against vital installations, which does not target the Kingdom only, but also targets the security of petroleum exports, the stability of energy supplies to the world, and the freedom of global trade,” the ministry said.

Unconfirmed video footage has circulated online purporting to show the blaze in progress.

While the Saudi ministry stopped short of attributing the attack to any particular actor, a statement by the United Arab Emirates condemned Yemen’s Houthi rebel group for the strike, which it described as terrorism. The Gulf Cooperation Council – a regional bloc made up six Arab states – soon followed suit, also holding the Houthis responsible in a separate press release.

The attack comes after reports that several drones targeted other sites in Saudi Arabia, with a Saudi-led military coalition claiming it intercepted at least seven of them, including one over Khamis Mushait and another over Najran. The coalition later released images of some of the projectiles it said it shot down. Al-Masirah TV, a Houthi-affiliated media outlet, also reported that two drones were launched at the King Khalid Air Base in Khamis Mushait, citing a Houthi spokesman.

Houthi rebels have claimed several drone attacks in recent days, including two separate attempts to hit the Abha International Airport over the last week. Earlier this month, the group said it fired 14 drones and eight ballistic missiles at oil facilities at the Saudi port of Ras Tanura and military targets in three other Saudi cities, prompting Riyadh to vow retaliation. The stepped up strikes also come as the Houthis wage a ground offensive to seize the resource-rich Marib region, one of the last areas in northern Yemen controlled by the country’s Saudi-backed and internationally recognized government.

Since 2015, a coalition of states led by Saudi Arabia has attempted to reinstall deposed Yemeni President Mansour Hadi to power after he was overthrown in a Houthi coup, waging a years-long bombing campaign widely condemned for its indiscriminate targeting of civilians and non-combatants. The Houthis, who have also come under fire for rights violations, have ruled Yemen’s capital of Sanaa since 2015, launching periodic strikes into Saudi territory.

Though Riyadh proposed a nationwide ceasefire earlier this week, offering to allow the reopening of the Sanaa airport and to let fuel and food come through the port of Hodeidah, the Houthis rejected the deal, insisting any ceasefire must include a complete lifting of the Saudi blockade.