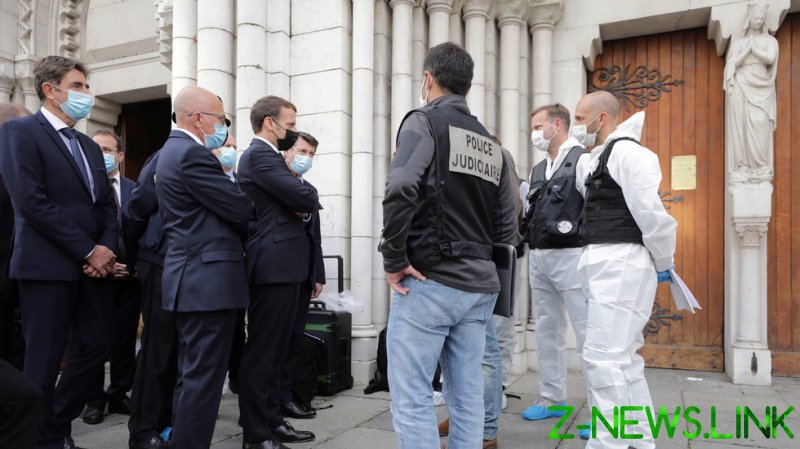 Two people were killed inside a Catholic church in the southern French city, according to local reports, while a third person managed to escape from the attacker but later succumbed to their injuries.

The suspect was shot by police and injured. He has been taken to hospital.

Visiting Nice in the wake of the triple murder, Macron pledged to deploy thousands more French soldiers to protect key sites, including places of worship and schools.

“This morning we decided to increase the posture of vigilance throughout France to adapt to the terrorist threat,” the president told reporters.

“I have decided that our soldiers will be more mobilized in the coming hours, and we will spend the mobilization within the framework of the sentry operation from 3,000 to 7,000 soldiers on our soil.”

The incident in Nice and Macron’s comments about extra protection for schools come less than a fortnight after the brutal killing of a teacher, Samuel Paty, outside his workplace near Paris after he had shown cartoon depictions of the Prophet Mohammed to his students during a class on freedom of expression. His attacker, a hardline Islamist suspect of Chechen origin, was shot and killed by police near the scene of Paty’s beheading.

Further suspected attacks were reportedly foiled in Avignon, Lyon and Sartrouville in the hours following the Nice incident. The southern coastal city suffered a devastating terrorist attack in July 2016, when a truck driver drove his vehicle through crowds celebrating Bastille Day on the promenade, killing 86 people. He was shot dead by police.