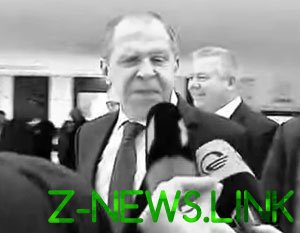 The foreign Minister of Russia during the “attack” Georgian journalists at the UN office in Geneva, criticized the girls for their behavior.

Several representatives of the Georgian press, pushing, interrupting each other, tried to ask a question to the Russian Minister, the incident was caught on video.

Talkasia among the journalists were representatives of TV channels Imedi and 1TVGe, RIA “Novosti”.

“You… You sick, girl,” said Lavrov them.

On Tuesday the official representative of Russian foreign Ministry Maria Zakharova said that the Georgian journalist snatched on the Russian delegation in Geneva, trying to ask Lavrov whether he will come to Tbilisi.

According to her, journalist “hooked” her and one of her colleagues, but the Minister was not injured. In confirmation of his words, she applied to the post in social networks photos of their hands, which are visible scratches and bruises.