Home / WORLD / Attack by ISIS-linked militants traps over 180 people, including foreigners, in Mozambique hotel for days

Attack by ISIS-linked militants traps over 180 people, including foreigners, in Mozambique hotel for days 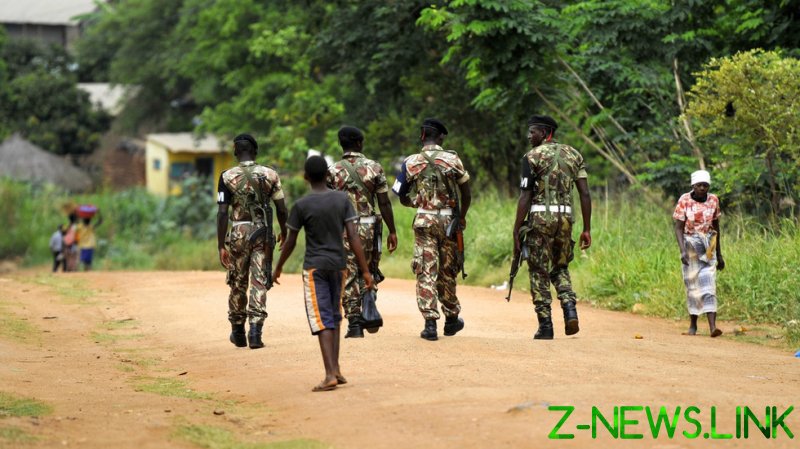 The coastal town of Palma in northern Mozambique located not far from the Tanzanian border was overrun by Islamist insurgents earlier this week. A local extremist group, known as al-Shabab (and not linked to its Somali namesake), launched a coordinated three-pronged assault on the town on Wednesday, reportedly involving some 100 militants.

Mozambique’s Defense Ministry confirmed the attack on March 25 and said its forces were “working tirelessly to restore security and order as quickly as possible.” Still, the operation is apparently ongoing since there have been no reports about the extremists being driven out of the town.

“Almost the entire town was destroyed. Many people are dead. As locals fled to the bush, workers from LNG companies, including foreigners, took refuge in hotel Amarula where they are waiting to be rescued,” a local worker told AFP news agency.

Human Rights Watch said, citing witnesses, that bodies were lying on the streets as militants who earlier pledged allegiance to Islamic State (IS, formerly ISIS) fired indiscriminately at people and buildings.

The exact number of casualties remains unknown as the media reports that a significant part of the town has been burnt down. At least one South African citizen was killed in the attack, according to South African media which also reported that the nation’s President Cyril Ramaphosa was about to convene an emergency meeting over the situation.

Local media also claimed that the South African National Defense Force (SANDF) might potentially be sent to neighboring Mozambique to aid the local military in their operation. There was no official confirmation of these reports, though.

An unverified video circulating on social media shows an unidentified man sitting in what looks like a hotel lobby with some other people saying the situation on the ground is “critical.” The man in the video said those who are hiding in the building have run out of food but still have water. The sound of a helicopter somewhere near the hotel can also be heard in the background.

According to some media reports, the military have been trying to airlift people trapped in the hotel by helicopter. It is unclear how many people, if any, have already been rescued.

The town of Palma is located not far from a liquified natural gas (LNG) terminal construction site in the gas-rich Cabo Delgado province. The project worth $20 billion is mostly financed by the French oil giant Total, although some other international companies including ExxonMobil are also involved in the area.

The attack on Palma came just hours after Total announced resumption of construction works at the site. The company withdrew most of its workforce from the area back in January amid an insurgency in the Cabo Delgado province.

The al-Shabab militants, active in the vicinity since 2017, had been advancing toward the town, and the LNG construction site, and seized some nearby villages at that time. The oil giant decided to resume construction works on Wednesday after the Mozambique government agreed to establish a 25-kilometer buffer zone around the site and strengthen local security forces.

The conflict which saw al-Shabab take entire towns in 2020 has claimed the lives of more than 2,500 people, according to the Armed Conflict Location & Event Data Project (ACLED). More than 700,000 people were forced to flee their homes, according to the UN estimates.