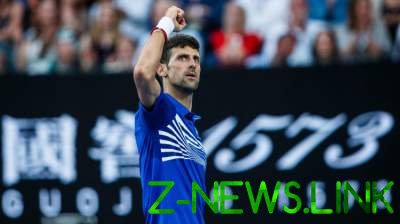 Last week in the calendar of the ATP tour was two tournaments – in Estoril (Portugal) the third title in his career and the first on the ground won Stefanos Zizipus, and the champion of Munich became Christian Garin, for which this title was the second for the month.

The main record of the week was Novak Djokovic – the Serb holds 250 a week the status of the first racket of the world. According to this indicator, Djokovic is the fifth largest in the history of men’s tennis, trailing only Roger Federer, Pete Sampras, Ivan Lendl and Jimmy Connors.

Roger Federer, without going to court, back in top 3. Its progress, the Swiss obliged the failure of Alexander Zverev in Munich, which on home soil was not able to defend last year’s title.

See also:  The Ukrainian team entered the top 25 of the FIFA ranking