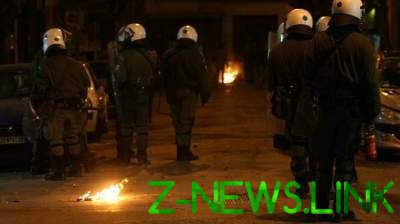 As a result of attack nobody suffered

This is reported by local media.

It is reported that the incident occurred after three o’clock in the morning near the office of the Greek party PASOK. As a result of attack nobody suffered.

Police arrested one man, who was released after questioning.

Law enforcement authorities did not say who might be behind the attack.

As previously reported, four people were injured in a fire that occurred Sunday evening in the Northern suburbs of Paris – Aubervilliers – thrown bottles with an incendiary mix