Home / culture / At the Ukrainian border detained a group Hurts

At the Ukrainian border detained a group Hurts 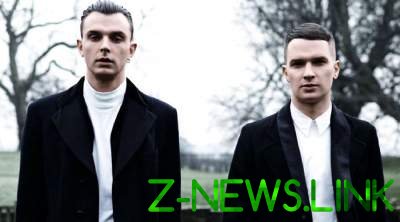 British band Hurts, going to Ukraine from Warsaw. Their truck was stopped at the border and released very late.

The truck with the equipment the British band Hurts were detained at the Ukrainian-Polish border. This was announced by the frontman Theo Hutchcraft in his Twitter account. As said the musician in your message, because of this, the concert starts late.

See also:  On the border of Ukraine with the EU is a huge queue. Video

Hurts travel to Ukraine from Warsaw. “I Love Warsaw! Today we are in Lviv, Ukraine. Unfortunately, our truck was stopped at the border and released very late,” said the frontman Theo Hutchcraft.

“Our great team hard at work to make up for lost time, but perhaps we’ll appear on stage tonight later. See you soon!” — written by Hutchcraft.