Home / Video news / At the site discovered the remains of a dinosaur. Video

At the site discovered the remains of a dinosaur. Video 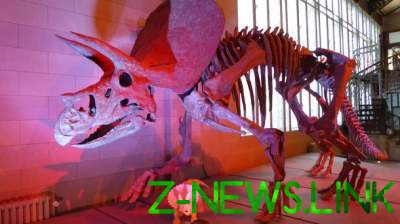 First, archaeologists have dug up the dinosaur horn and his humerus.

In the U.S. state of Colorado at the construction site was discovered the remains of a dinosaur – the Triceratops.

Curator of the Museum of nature and science Denver Joe Sertić said that the rare find, made by the builders, is one of the three skulls of the Triceratops, were excavated along the front range of Colorado. According to him, first dug up the dinosaur horn and his humerus. According to preliminary data, these fossils are more than 66 million years.

At first, all was silent because the city officials worried that news of the discovery will attract thieves or vandals.

“Once we started excavations, I knew it was the horn of a Triceratops and not only one leg or thigh. These remains really important for the development of science,” said Sertić.

Scientists believe that herbivorous animals was moving slowly and this made them easy prey for larger carnivores, especially the giant t-Rex.