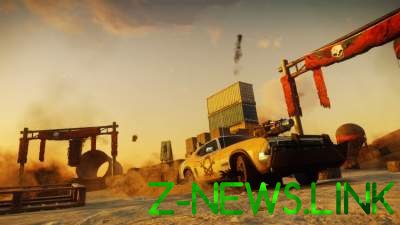 The season pass Just Cause 4 went on sale simultaneously with the game on 4 December of last year. And only at the end of this month customers will be able to play the first expansion, called the Dare Devils of Destruction. It will be released April 30 on PC, PlayStation 4 and Xbox One.

The developers promise a 15 “explosive” missions in which Rico Rodriguez will take part in three outrageous trials, winning the respect of the gangs. He will take part in the race for survival, where you will fly through rings of fire and land mines, destroying in its path obstacles, compete with your opponents on dangerous roads, tragacete and cope with terrible weather, and earn points for killing enemies in the arena, where it explodes and destroys everything.

For completing new missions rasplachivayutsya 16 new vehicles fitted with weapons, and encourage them will be in the open world in the main game. “Behold the new scale of destruction and unprecedented task using the new tactics against members of the “Black hand”, creating chaos on the island of Solis,” say the creators.

Although the DLC will be released on April 30th, some users will be able to get it a week early. This applies only to owners of “gold” edition Just Cause 4 – their access will open next week, April 23.