Home / WORLD / At least Trump is honest about his political assassinations 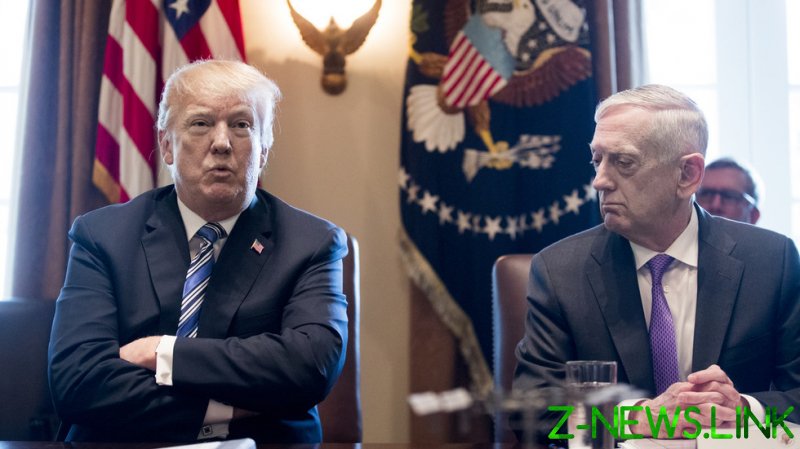 Trump admitted to his plans for an Assad assassination on Fox News this week, saying that he had been held back by then Defense Secretary James Mattis. “I would have rather taken him out. I had him all set,” Trump said of Assad. “Mattis didn’t want to do it.”

And when Trump’s son-in-law and adviser, Jared Kushner, was asked whether assassinations were a “legitimate tool of foreign policy”, Kushner replied, “Different terminology could be used to describe, you know, different methods that you’re going to take to try to retaliate to somebody for an action that they’ve taken.”

But illegality doesn’t mean that it’s not actually done – it just means that, unlike Trump and Kushner, you don’t wax lyrical about it on TV. In the rare instances where assassination banter emerges, it tends to be mitigated by lofty values like justice or freedom. Former President George W. Bush at least had some panache in the wake of the September 11th terrorist attacks on U.S. soil when claiming that he wanted to bring al-Qaeda leader Osama bin Laden to justice by citing “an old poster out west…that said: Wanted, dead or alive.”

But even so, bin Laden had no official status. He was a jihadist mercenary. At no time did Bush actually muse aloud about assassinating foreign officials, unlike the Trump White House.

Trump has broken with the traditional US government approach to political assassinations by ordering them, then either bragging about it or shrugging it off. Earlier this year, he ordered the extra-judicial murder of Iranian General Qasem Soleimani, inside a third country (Iraq), describing the onetime U.S. partner in rooting out al-Qaeda and one of the most effective anti-ISIS fighters as a “terrorist” himself. And when Saudi officials at the highest level assassinated and dismembered Washington Post columnist, Jamal Khashoggi, inside the Saudi consulate in Istanbul, Trump refused to jeopardize U.S. weapons sales to the Saudis by condemning it – acting as though political assassinations are just the cost of doing business.

But let’s not be naive, either. As Jared Kushner said this week, “We live in a very dangerous world … And [Trump] knows that it’s a full-contact sport. This is not touch football.” Fair enough. But then why not just own it? Just admit, “Yeah, we murder people with whom we politically disagree, or who get in the way of our agenda.” Why peddle virtue to the American people when reality is much darker?

The US government has sold its citizens a fairy tale. Many believe that killing people for political reasons is exclusively the realm of authoritarian, despotic countries that don’t uphold America’s noble values. If they believe that America would never, ever commit such unspeakable acts in their name, it’s only because U.S. officials typically do their best to cover their tracks, both in intent and execution.

Undemocratic actions like political assassinations and coups are normally relegated to shadowy black ops perpetrated by proxies with at least some degree of plausible deniability from the US government. The various attempts by US-backed mercenaries to assassinate former Cuban leader Fidel Castro comes to mind. And so far this year, Venezuela has publicly announced the roll-up of at least two botched coup attempts targeting President Nicolas Maduro. In one such case, ex-Green Beret Jordan Goudreau, posted a video identifying himself as an organizer. Goudreau had also been spotted in Trump rally footage, acting in what appears to be a security capacity. Trump’s longtime personal bodyguard, Keith Schiller, who also served as director of Oval Office operations, admitted to meeting with Goudreau but denied any involvement in the attempted coup.

And that’s typically how it’s done. On the down low. No one in an official government role wants to be tied to the perpetrators. No one wants to have to explain where the US-backed faction of Venezuelan opposition members, fronted by Juan Guaido, could possibly have found the $212.9 million cited in their contract with the mercenaries to pay them if it wasn’t from an interested nation-state. It’s meant to be murky and difficult to tie directly to any of the many neoconservative establishment fixtures who have long wanted to get control of Venezuela and its natural resources.

The Trump administration has continued America’s longstanding tradition of quietly outsourcing murder and mayhem to proxies – a habit that Joe Biden has made no successful effort to curtail in his nearly 50 years in the Senate. But Trump also represents the first time that an American president has bragged about it. Regardless of who wins in November, the only change will be the face of US foreign policy. The only real choice is between Trump’s scowl or Biden’s smile.