Home / WORLD / At least one dead after 7.0-magnitude quake rocks Mexico near Acapulco

At least one dead after 7.0-magnitude quake rocks Mexico near Acapulco 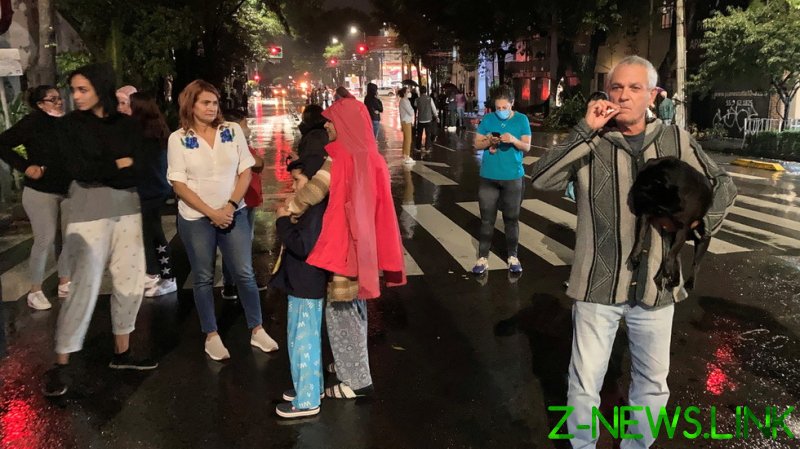 The quake hit some 20.9 km (13 mi) north-east of Acapulco, Mexico’s largest beach resort and a major seaport on the Pacific coast.

The USGS initially reported the tremor’s magnitude as 7.4, but later downgraded it to 7.0.

Civil Protection Authorities in the Guerrero state, which has borne the brunt of the impact from the quake, have urged the residents to stay calm.

While Governor of Guerrero state, Héctor Astudillo, assured the public that no major damage resulted from the quake, he reported that one person died in the city of Coyuca de Benítez after a post collapsed onto him.

The quake reportedly caused rockslides and damaged outer walls of some of the buildings. A video allegedly taken in one of the beachfront hotels in Acapulco showed tiles strewn on the floor.

The tremors were also felt in Mexico City, located some 230 miles (375 km) from Acapulco, reportedly causing buildings to sway and residents to rush out of their homes in panic.

While the USGS estimated that “significant casualties and damage” were likely, Mexico City authorities said that the quake did not appear to cause any major destruction. Omar Garcia Harfuch, head of public security, reported that the quake knocked out power in several neighborhoods, but that no “relevant damages” have been inflicted on the Mexican capital.

Addressing the nation on Tuesday night, Mexican President Andres Manuel Lopez Obrador has confirmed that the region was spared any serious structural damage.