At least 8 passengers killed, some 100 injured as train derails in Egypt (VIDEO) 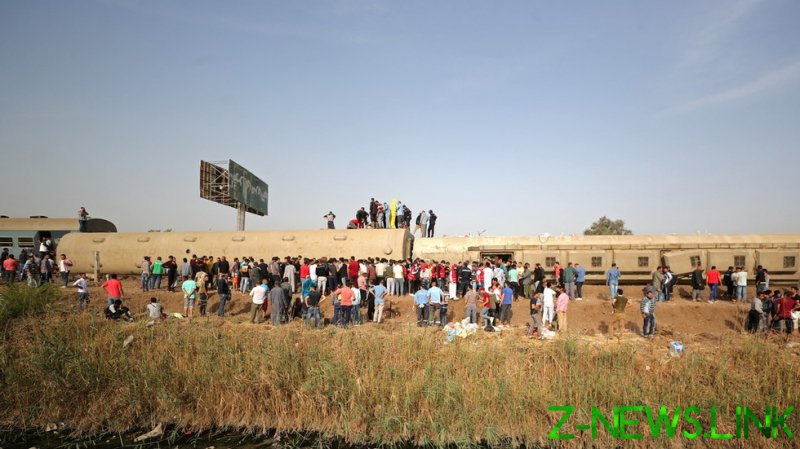 The train, which was said to be traveling from Cairo to Mansoura, derailed outside the city of Benha on Sunday afternoon. Early reports said at least eight people were killed in the crash, though others suggested there might be more victims.

Local authorities said more than 97 people were also injured in the accident, according to the Facebook page of the Qalyubia Governorate.

Dozens of ambulances were rushed to the scene to provide first aid and transport the injured to local hospitals. So far, no official information has emerged on the fatalities. 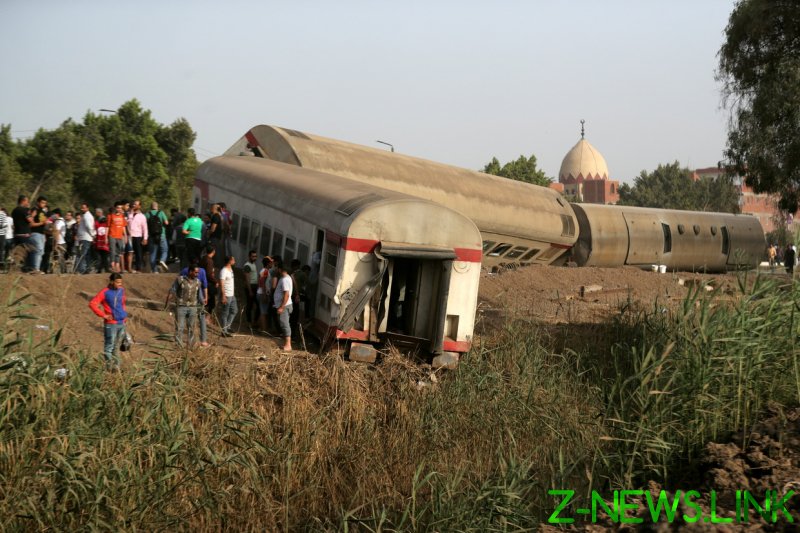 The crashed train comprised carriages of different types, with at least four newer air-conditioned cars attached at the train’s rear. Three of these apparently detached from the rest of the train, coming off-track and overturning.

Two further carriages remained attached to the rest of the train but got also overturned. Multiple carriages lost their wheels during the crash, footage from the scene shows.