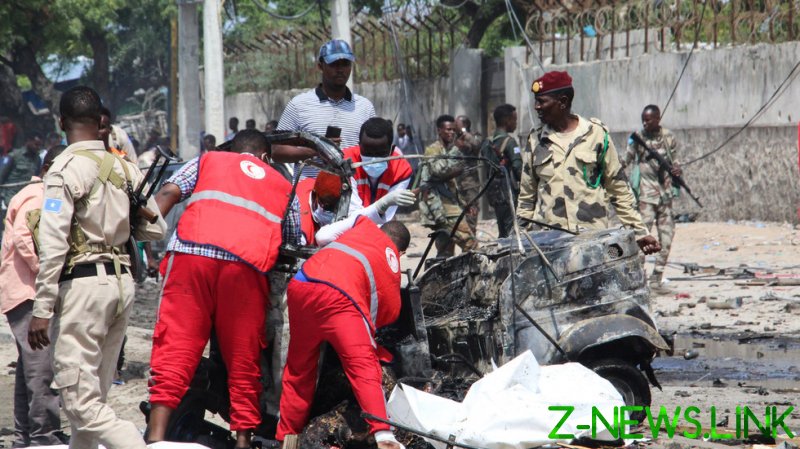 An eyewitness told Reuters that he has seen eight bodies, including the body of a woman, while another early report said that five were killed.

News website All Banaadir reports that two police officers have died and two were injured. Several buildings were said to have been damaged, including a children’s hospital.

No one has claimed the responsibility for the attack as yet, but Islamist group Al-Shabaab frequently carries out bombings in Mogadishu and elsewhere.

Since the early 1990s, the Horn of Africa nation has de facto been a fractured country, with multiple factions fighting in a protracted civil war.