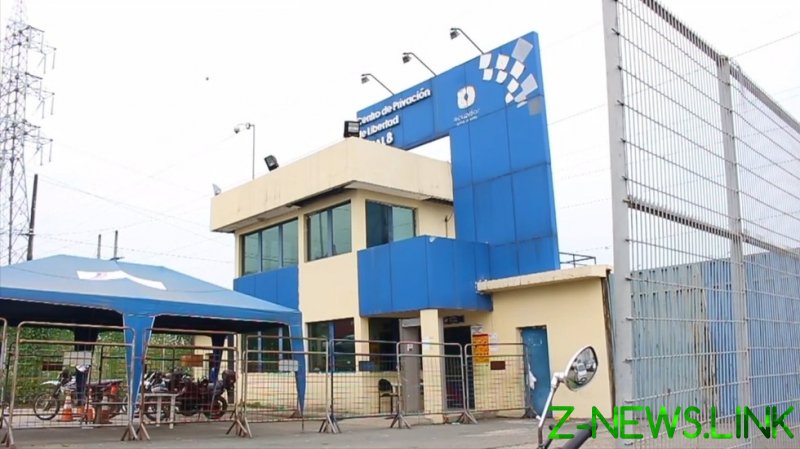 The deadly unrest broke out virtually simultaneously at three large prisons in different parts of the county. Ecuador’s prison service, SNAI, initially reported a death toll of 62, but more rioting happened later in the day, and the number of reported deaths rose to 75.

According to the service’s director, Edmundo Moncayo, the outbreak stems from a struggle for power between powerful gangs. The leader of one of them, Los Choneros, was killed last December, shortly after being released from prison on parole, causing internal divisions and making it vulnerable to competition.

The agency was tipped off by the national police that inmates at a prison in the port city of Guayaquil had two guns smuggled to them by a guard and that the weapons would be used to assassinate Los Choneros leaders. An early morning search for those firearms triggered the riot, resulting in 21 deaths, Moncayo said.

There was also turmoil in prisons in the cities of Cuenca and Latacunga, claiming 33 and eight lives respectively. Around 70 percent of Ecuador’s entire prison population is held at the three affected detention facilities. The authorities believe the outbreaks of violence were orchestrated by rivals of Los Choneros in anticipation of the planned assassinations.

Subsequent flare-ups in the Guayas province, of which Guayaquil is the capital, claimed 13 more lives. All the fatalities were inmates, but some prison guards and police officers were reportedly injured while struggling for hours to take back control. The Ecuadorian Army was deployed to establish a security perimeter around the maximum-security prison in Cuenca.

Deadly prison riots occur relatively often in Ecuador, with one in December leaving 11 prisoners dead. But Tuesday’s violence was unusual in its scale, resulting in more fatalities than in the entire previous year.

The country’s prison system has long suffered from overcrowding. Recent attempts to reduce the population due to the risk of Covid-19 by releasing less serious offenders on parole did not address the issue fully. The current prison population stands at around 38,000, with a capacity of 29,000. The SNAI says personnel shortages make it even more difficult to respond to emergency situations like this week’s.