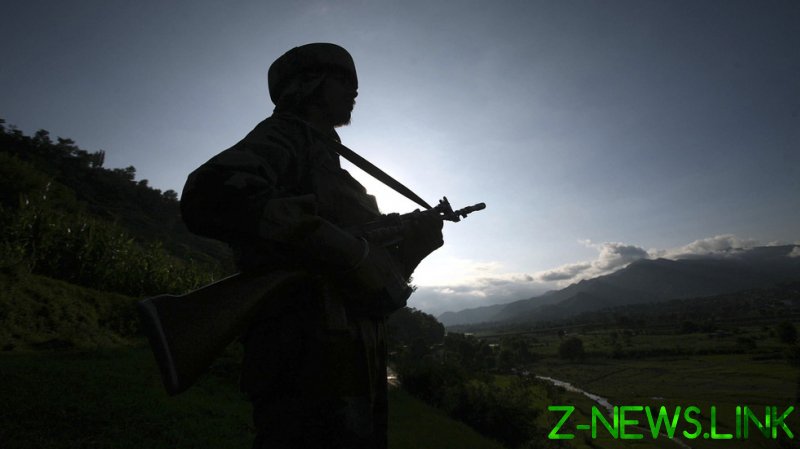 On Monday, Colonel Devender Anand announced that “One JCO [junior commissioned officer] and four soldiers were killed during a search operation probably by infiltrators… The operation is ongoing.”

Anand added that they had been transferred to a local medical facility but died from their injuries.

Two militants were also killed, with security forces in the north of the region shooting dead a suspected militant from the Resistance Front, which Indian police assert is the Pakistan-backed group responsible for a string of civilian assassinations. Another was killed in a gun battle in the south.

The shootings mark the deadliest incident since Pakistan and India, who have claimed the contested region and controlled parts of it since their independence, signed a ceasefire in February.

For over three decades rebel groups have been clashing with Indian soldiers in demand of either Kashmir’s independence, or for it to join neighboring Pakistan. Tens of thousands of civilians, soldiers and militants have died in the fighting, with New Delhi accusing Pakistan of backing the rebels. Islamabad, however, refutes this, saying it only provides diplomatic and moral support.

Tensions have shot up recently in the area, with seven civilians, among them two teachers, one of them a Hindu and one a Sikh, shot dead in the space of six days last week. The shootouts in the Muslim-majority region prompted security forces in Indian Kashmir to detain more than 300 people for questioning.

Two wars – one in the 1940s and one in the ‘60s – have taken place between the two sides, while another brief conflict occurred in 1999. China has also stated a claim to parts of the region.