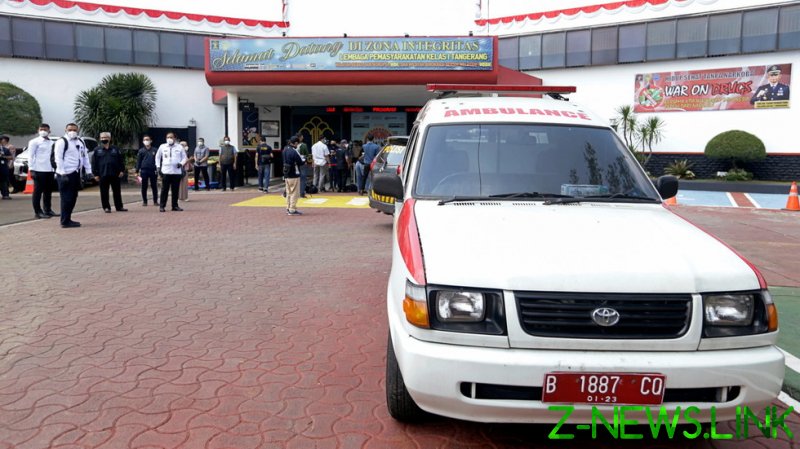 The fire ignited at Tangerang Prison in the early hours of Wednesday, said Rika Aprianti, a spokeswoman for the country’s Justice Ministry. She added that the fire was put out after several hours, and that all injured victims had been taken to a local hospital.

In addition to the 41 inmates killed, at least eight others were severely injured and a total of 72 sustained light wounds, Jakarta police chief Fadil Imran told reporters.

Footage of firefighters working to extinguish the blaze captured by local media has circulated online, appearing to show that the fire had spread across a large portion of the building. The Jakarta Post later reported, however, that the flames were mostly contained to one cell block.

While authorities are still probing the cause of the conflagration, police spokesman Yusri Yunus reportedly told local media that a short circuit in one of the prison’s blocks is currently believed to have caused the inferno.

Situated in an industrial district outside Jakarta and largely used to confine drug offenders, Tangerang Prison was designed to house about 1,225 people. However, prior to Wednesday’s fire, the facility held more than 2,000 inmates, Aprianti said, noting the C Block was crowded with 122 convicts at the time of the blaze. Reuters reported earlier, citing government records, that the prison had a capacity of just 600.