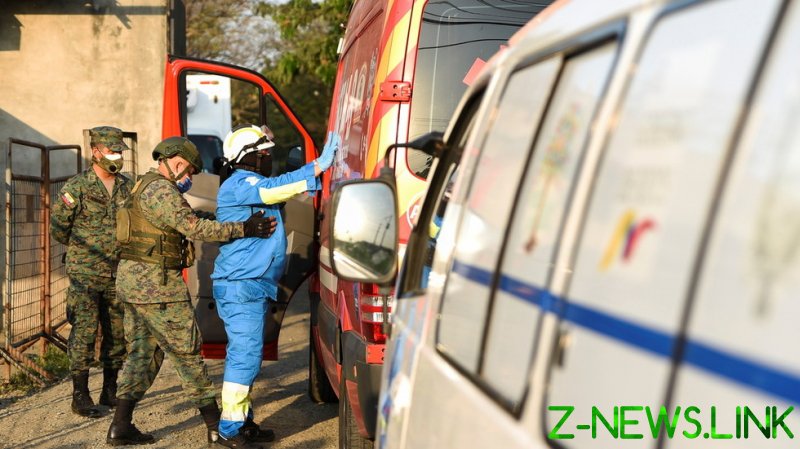 Violence broke out on Tuesday at the Penitenciaria del Litoral prison in Guayaquil, Ecuador. By Wednesday, at least 30 people were reported dead and 52 injured, Bolivar Garzon, director of Ecuador’s prison system, told local media outside the facility.

Buenano said that his officers were attacked by armed prisoners, but did not say whether these officers killed or injured any prisoners. Video posted by the government of Guayas State showed a column of riot cops entering the prison, and six cooks being evacuated from the facility.

Though the violence has been subdued, some 10 corpses remain inside the prison and officers are working to remove them, Garzon added.

Rival gangs vying for control in the prison are believed to be responsible for the battle, with Ecuadorian officials blaming the ‘Los Lobos’ and ‘Los Choneros’ groups. These outfits are two of the numerous gangs that operate in Ecuador’s overcrowded and often lawless prison system, with many groups linked to the Mexican Sinaloa and Jalisco New Generation cartels.

Tuesday’s bloodbath in Guayaquil was not an isolated incident. Two equally violent prison battles have broken out already this year, with a wave of rioting across the country’s prisons killing 22 in July, and a similar series of concerted violence leaving at least 75 people dead in February. The clashes came after the assassination of a Los Choneros leader triggered a power struggle between the country’s prison gangs.