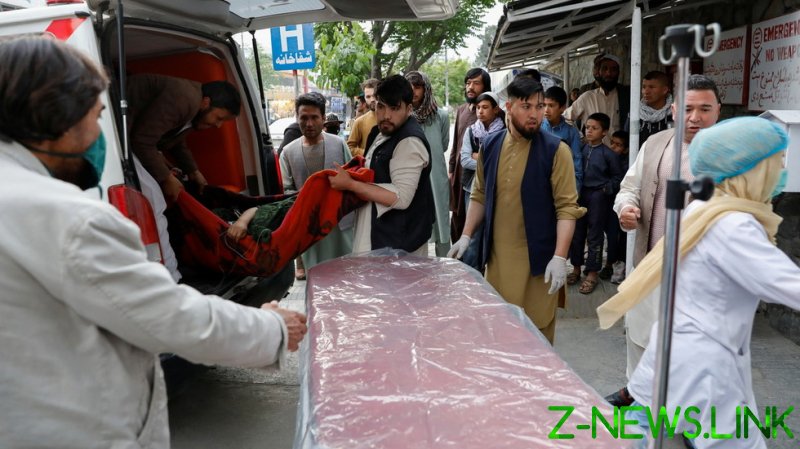 On Saturday, at least three blasts occurred on the premises of the Sayed-ul-Shuhada High School, located in the western part of the capital. The attack occurred when the students were leaving the school.

It was not immediately clear what caused the explosions, with local media reports suggesting the school came under rocket fire. Imagery from the scene shows a burnt-out vehicle by the school gates, apparently destroyed by the blasts.

While the school itself suffered little structural damage, many people outside the building were caught in the blasts. Footage circulating online shows multiple victims, primarily female students, lying on the ground at the school gates, with textbooks and other belongings scattered around them.

The school is attended by both boys and girls, who study in three different shifts. The second shift is dedicated to female students, a spokeswoman for the Ministry of Education, Najiba Arian, told Reuters.

Local TOLO news, citing the Interior Ministry, says the blasts killed at least 30 and wounded over 50 people. So far, no armed group has claimed responsibility for the attack. The Taliban denied any involvement.

Afghanistan has seen an uptick in violence in recent weeks following US President Joe Biden’s announcement that American troops – deployed in the country for two decades – will be withdrawn by September 11, and not the May 1 date agreed during Donald Trump’s administration. The Taliban criticized the new deadline.