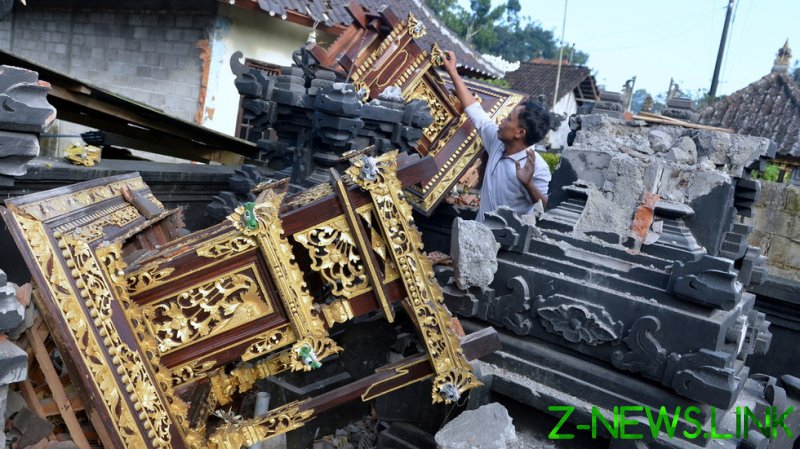 It was mainly felt in the Karangasem and Bangli districts on the east side of the island, causing people to flee their homes in panic.

The US Geological Survey put the magnitude of the earthquake at 4.8, saying that its epicenter was located 62 kilometers (38.5 miles) northeast of the port town Singaraja at a depth of 10 kilometers. The initial quake was followed by a 4.3 magnitude aftershock.

Two of those killed were buried under a landslide triggered by the quake, and another victim, a three-year-old girl, was hit by falling debris. Those injured mainly suffered fractures and head wounds, the agency said, adding that it was still collecting data on casualties and destruction.

Bali, which is often called the ‘Island of the Gods’, only reopened to international tourists earlier this week after 18 months of curbs aimed at stemming the spread of Covid-19. However, foreign visitors are only expected to start flocking to the island next month as direct international flights haven’t resumed yet.

Indonesia is a vast archipelago, located on the so-called ‘Ring of Fire’ – an arc of volcanoes and fault lines in the Pacific Ocean –so quakes and eruptions are quite common for the nation of 270 million.

The last major earthquake hit the country in January. It had a magnitude of 6.2 and resulted in at least 105 deaths and nearly 6,500 injuries.